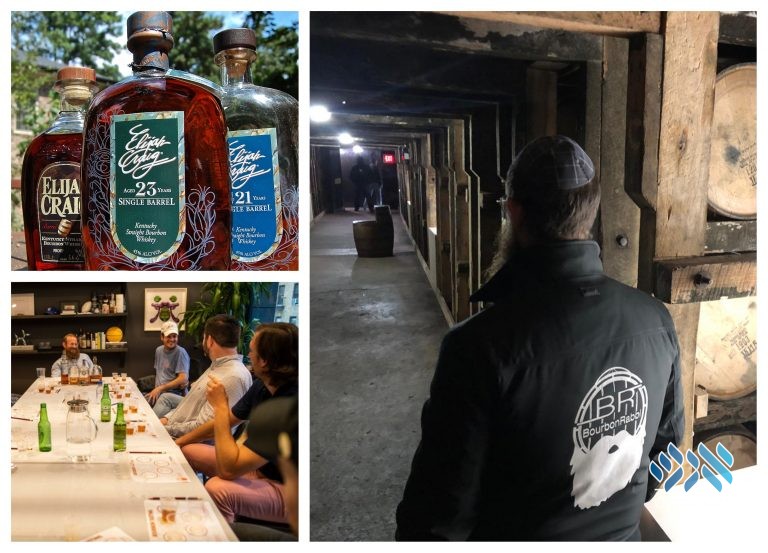 While Buffalo Trace claims to have created the world’s first kosher whiskey, Kentucky Kosher’s Liquor and Spirits division has been supervising whiskeys for years.

When Buffalo Trace claimed to make the first kosher whiskey, Jewish leaders in kosher supervision, particularly in Kentucky, were shocked.

“It’s ridiculous,” said Rabbi Chaim Litvin, of Kosher Liquor and Spirits or KLAS, a division of Kentucky Kosher, and a leading kosher authority in the liquor field. “Buffalo Trace is far from the first distillery to make a kosher product. In fact when compared to distilleries of similar size, they
are the last.”

Kosher, which means fit or proper is also the name for the dietary laws kept by Jews all over the word. American law dictates what constitutes a bourbon, that process is in line with kosher law and helps remove many kosher concerns. Jewish law also prohibits the ownership of food that
has leavened grain as an ingredient by Jews during Passover and this includes all whiskeys.

With the prevalence of Jewish families in the history of American whiskey, a phenomena that continues today, this law commonly comes into play.
As Buffalo Trace is owned by a Jewish family, they worked with a kosher organization out of Chicago and sold the barrels for three new products to executive Mark Brown thereby fulfilling the requirement of Jewish law.

“It’s great to see more companies jump on the Kosher bandwagon” said Rabbi Litvin, who tours the country as The Bourbon Rabbi, educating audiences on the process and flavor notes of kosher bourbons. “Since Heaven Hill launched the idea of Kosher Bourbon in the mid 90’s, we
have seen many other companies follow suit.”

KLAS supervises dozens of kosher bourbons, including Evan Williams Black Label, Elijah Craig, and Peerless Bourbon. Since a write up in The Wall Street Journal in 2017, the number of kosher bourbons has continued to increase.

“Buffalo Trace is far from the first distillery to make a Kosher bourbon,” Rabbi Litvin concludes. “They are just the first one to seek accolades for it.”

About Kosher Liquor and Spirits:
Kosher Liquor and Spirits, a division of Kentucky Kosher, has emerged as one of the leading authorities in the world of Kosher Spirits. Under the leadership of Rabbi Moshe Gutnick and Rabbi Avrohom Litvin, KLAS works with distillers and bottlers to achieve the highest levels of kosher, and bring the kosher liquor industry into the 21st century.