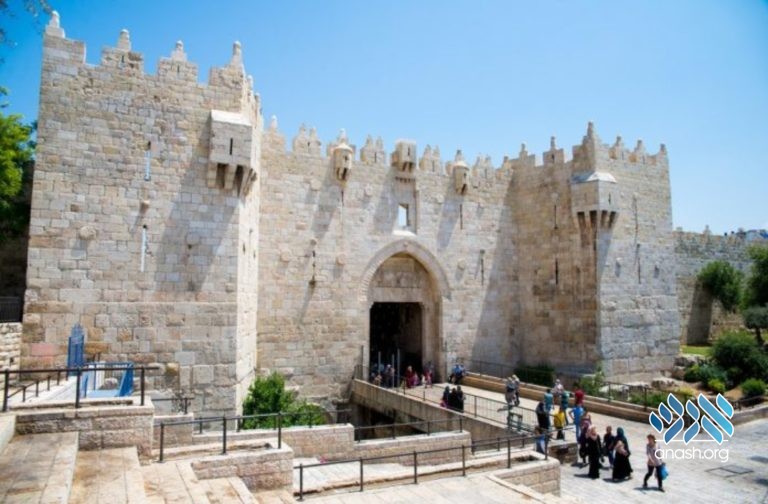 French authorities have opened Yerushalayim’s ancient Kivrei Melachim to the public for the first time in 10 years, the AP reported on Friday.

Limited numbers of visitors are now being allowed to visit the site, which was closed in 2009 for an extensive, $1.1 million restoration, following several abortive attempts to open it to the public in recent months.

The tomb, which is located in eastern Yerushalayim, is believed to be the burial site of Queen Helena of Adiabene – Hilni Hamalka – a Mesopotamian monarch who converted to Judaism in the first century. While access to the burial chambers remains prohibited, visitors can now tour the tomb’s impressive courtyard, which dates back over 2,000 years.

There is an ongoing dispute over ownership of the site between France and Israeli religious and nationalist groups, according to the report. In addition, religious Jewish Israelis have protested outside the tomb’s gates since 2009, demanding it be opened for those who want to pray at the site.

French officials have voiced concern regarding the possibility of the tomb, which is located in the primarily Arab eastern Jerusalem neighborhood of Sheikh Jarrah, becoming a Jewish holy site.

Entrance to the site is currently limited to 60 people on Tuesdays and Thursdays, and visitors, including those intending to pray, must pre-purchase tickets online and register with a passport or ID card. According to some Orthodox Jews, these rules are designed to deter worshipers, as many ultra-Orthodox Jews avoid Internet use and object to paying entry fees to a place of worship.

The site was first excavated by Frenchman Felicien de Saulcy in 1863, who mistakenly identified the tomb as belonging to biblical kings. He took two sarcophagi found inside, as well as human remains, back to Paris, despite protest by the local Jewish community. They remain in the collection of the Louvre. A French Jewish woman, Amalya Bertrand, bought the site in 1878 through the French consul in Yerushalayim, and one of her heirs later donated it to the French government.

France’s Consulate General said in a statement that the reopening was the “fruit of restoration and security work conducted by the French authorities over the past 10 years” and that it was committed to “visits by small groups in accordance with the rules,” according to Israel Hayom.

Israel’s Foreign Ministry hailed the move as a product of “long and strenuous” negotiations with French authorities, but did not elaborate, according to the report..

France has managed the tomb since the late 19th century. A Frenchman excavated the site in 1863 and took two sarcophagi and human remains to Paris and which remain in the Louvre’s collection despite Jewish protest at the time, the report noted. A French Jewish woman bought the site in 1878 and one of her heirs granted it to the French government.