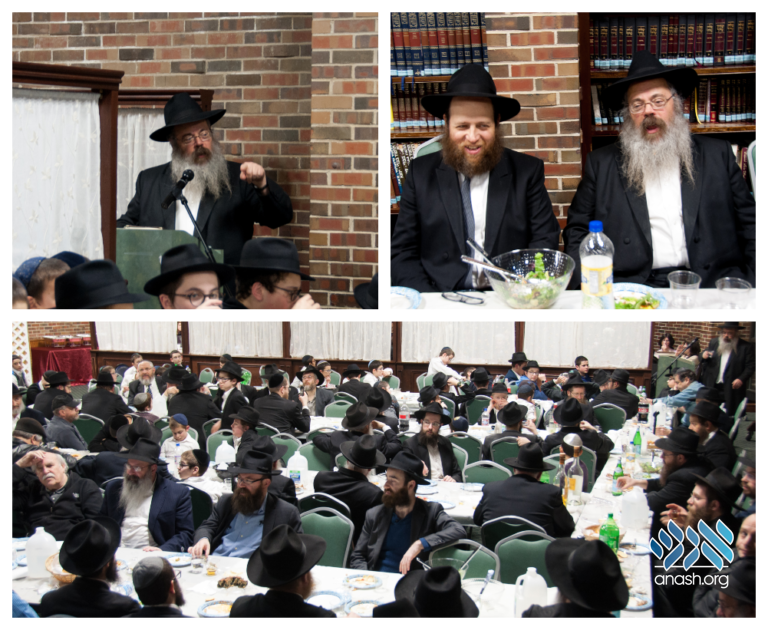 The Chicago community gathered on Wednesday night to mark the auspicious day of Yud Shvat, the yom hilula of the Frierdiker Rebbe, and the 70th anniversary of Rebbe’s leadership.

The program began with ma’ariv and was followed by a fully catered meal with washing as befitting the special day. The official farbrengen then began with words of Torah and greetings from Rabbi Baruch Hertz, Rov of the Chicago community, and others.

The highlight of the evening was the address by the guest speaker Rabbi Mendel Groner of Kiryat Gat, Eretz Yisroel. Rabbi Groner is the mashpia in the Lubavitch yeshiva of Kiryat Gat and son of the Rebbe’s mazkir Rabbi Leibel Groner.

Rabbi Groner farbrenged with the crowd about the significance of Yud Shevat, and related stories of Yud Shevat throughout the years by the Rebbe.

Participants were inspired by the farbrengen which went late into the night.