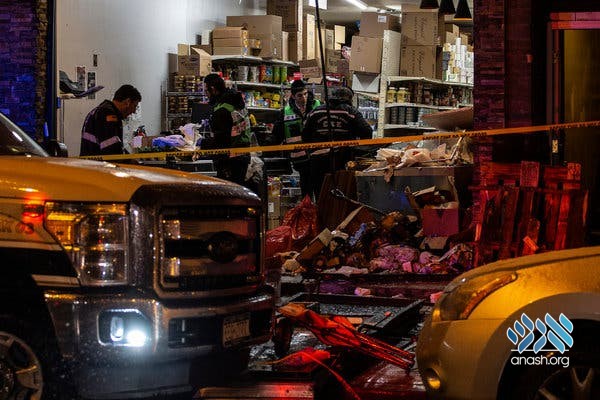 The two people who stormed a kosher grocery store in Jersey City with rifles, killing three people inside and also murdering a veteran detective, have been identified as David Anderson and Francine Graham, four law enforcement sources familiar with the case tell News 4.

Three sources say Anderson was a one-time follower of the group, the Black Hebrew Israelite movement. There was a note with religious writings in the U-Haul he and Graham allegedly drove to the scene.

Officials also said there were online postings connected to Anderson’s social page with anti-police and anti-Jewish writings. Investigators are looking to see if Anderson himself posted that material.

Meanwhile, in a press conference held on Wednesday morning, Jersey City Mayor Steven Fulop said surveillance footage indicated that the two shooters had targeted the kosher supermarket where most of the carnage unfolded.

On Twitter Wednesday, Mayor Steven Fulop wrote that an “extensive review” of the city’s closed-circuit cameras made it clear “that these two individuals targeted the kosher grocery location” where they opened fire and sparked a gun battle with police officers.