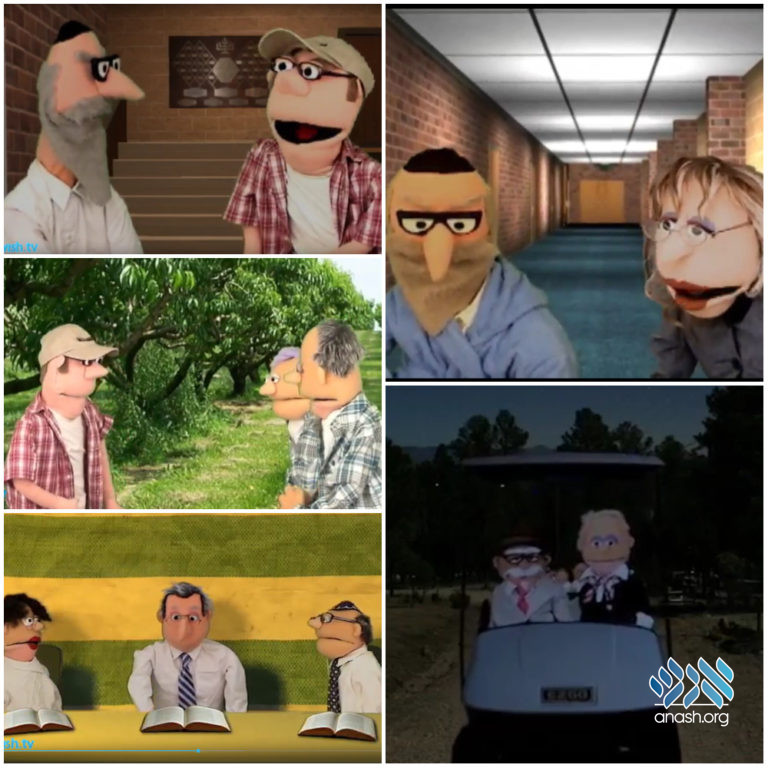 Rabbi Kadoozy’s shul is flooded with water, Jono finds himself enslaved on a peach plantation, while Larry Goldstein stalls the community Seder. Watch this Pesach mini-series of the Itche Kadoozy show.

Enter the world of Rabbi Itche Kadoozy, where a normal day is never quite normal, big laughs are to be expected, and Torah lessons can be found around every corner.

Rabbi Kadoozy desperately tries to prepare for the Passover Seder despite his flooded synagogue while Jono searches for Passover inspiration.

Matters continue to get worse as Jono finds himself enslaved on a peach plantation and Rabbi kadoozy becomes depressed over his ruined seder. Hilarity ensues.

Rabbi Kadoozy and Gefilte fish infiltrate the peach plantation to rescue Jono from slavery while Larry Goldstein stalls the community Seder in this exciting finale to the Itche Kadoozy Passover Mini-Series.