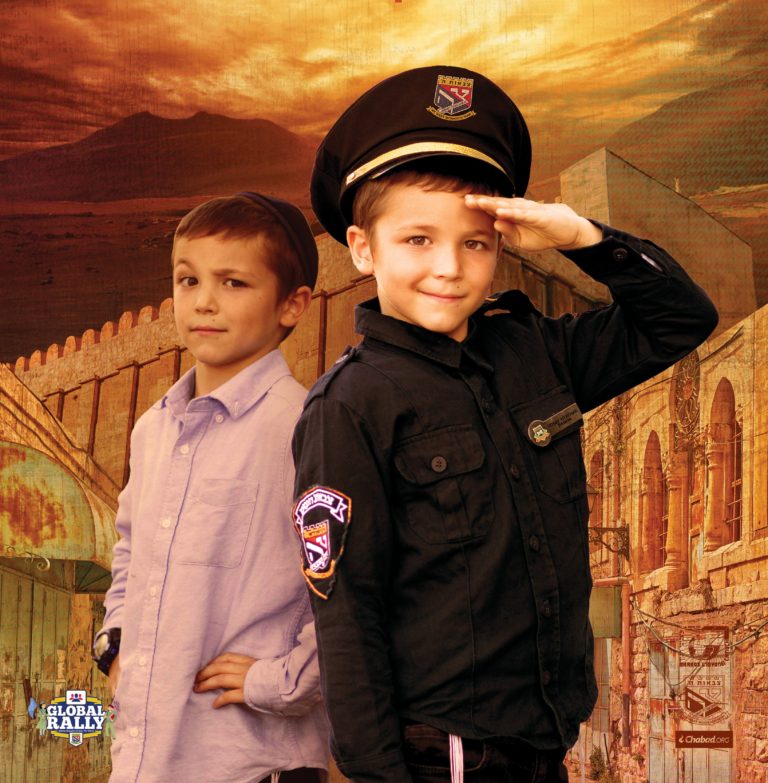 Nestled in the rough, hilly landscape of arei Yehuda is Chevron, where IDF soldiers and shluchim took part in recent groundbreaking action. The resulting footage, which will be aired at this coming Tzivos Hashem Global Rally for 20 Cheshvan is entertaining and engaging, but most importantly, it contains an antidote to the root challenge of today’s youth.

In a famous letter, the Rebbe explains that in his opinion, the root challenge of today’s youth is the lack of kabbolas ol—not only the acceptance of Hashem’s authority, but even the authority of parents and teachers. The Rebbe goes on to describe an American child who is bent on mischief, has a sense of cockiness and even feels like he can outsmart the cops and the judge.

The model for this is the army. The army has an incredible system of discipline and obedience to rules that people volunteer to join and accept upon themselves. In the army, you don’t get a reward because you made your bed perfectly, your uniform looks spic and span, or your boots are polished. There is a basic principle: when I enlist I am a soldier and this is what soldiers do, not because of the reward or punishment, but because this is the way soldiers behave. This is the foundation of the army.

Our Rebbe, Our Nasi identified the root challenge: a lack of kabbalos ol. The only solution: A system of discipline and obedience to rules that the children will accept upon themselves.

To fulfill this imperative of the Rebbe what is the system of discipline and obedience to rules that the children are accepting upon themselves? And are they being induced to accept it upon themselves? The Rebbe thought long and hard. How much thought have we given this?

Our children will watch the rally and hear that Kabolas Ol is the foundation of the army, but the rally is just a springboard. How far this rally will go is totally dependent on how its used.

Do they know what a foundation is? Do they understand why Kabolas Ol is the foundation of an army? Are your children aware how important it is for them to have Kabolas Ol? What will happen if they don’t?

Log on to Chabad.org/rally at 6:00 PM TODAY:  Monday, Chof Cheshvan, November 18 to learn about this system of discipline.

Tzivos Hashem Headquarters would like to give a huge thank you to Chabad.org for always partnering with us and Chabad of Chevron for the time and effort they put into this rally.