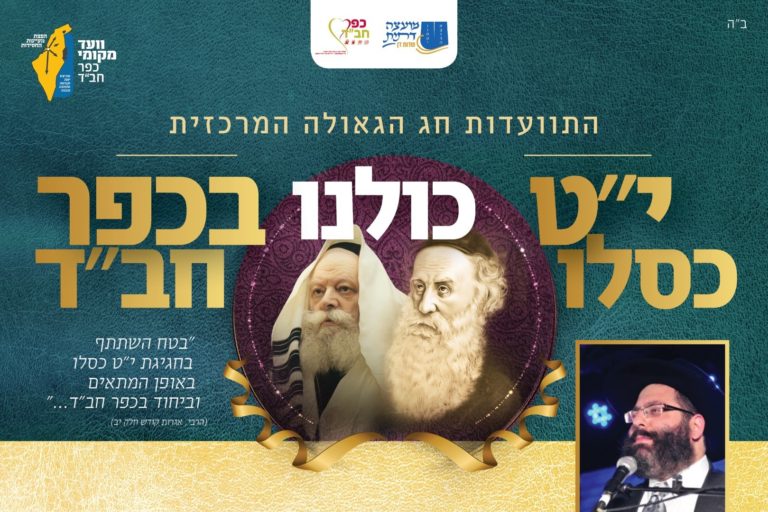 In a first, the central 19 Kislev celebrations in Kfar Chabad will also include a program of learning and farbrenging for women, followed the next night by the men’s farbrengen with guest speaker Rabbi YY Jacobson.

In Kfar Chabad, the preparations for the central 19 Kislev farbrengen are already in full swing. As in previous years, the farbrengen is expected to thousands, including rabbonim, rebbes, dignitaries and Knesset members.

The Kfar Chabad committee has announced that this year, in a historic first, they will be broadening the celebrations to include women also. The women’s program will include divrei torah, a special video presentation, music and dancing.

The women’s program will be taking place Monday evening, the night going into 19 Kislev with the annual men’s farbrengen following the next evening. The guest speaker by the men’s event will be Rabbi YY Jacobson, who will be especially flying in from the US to farbreng in Kfar Chabad and other locations over 19 Kislev and the following days.