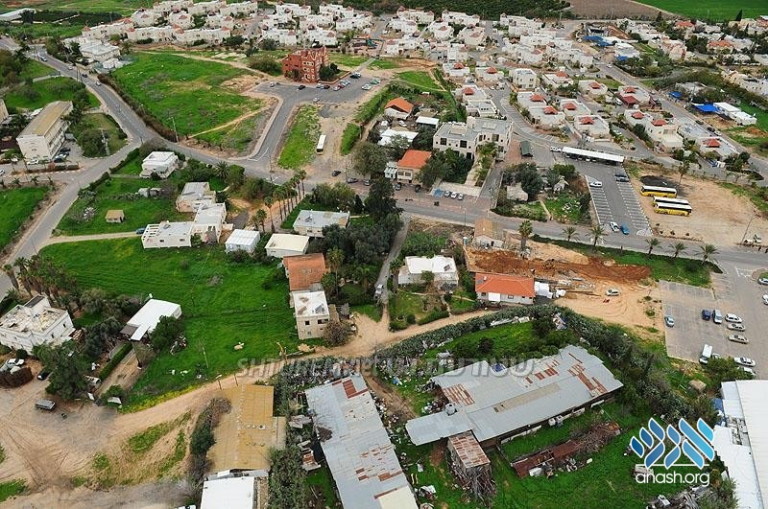 Kfar Chabad began celebrating seventy years since its establishment by the Frierdiker Rebbe in 5709/1949. It has grown from an abandoned Arab village inhabited by a group of refugees from Russia to a beautiful village with hundreds and hundreds of families and many, many mosdos and institutions. In honor of the special anniversary, Anash.org presents a series of photos from throughout the years from the archives of R. Yankele Gloiberman.

The Beit Sefer L’Melachah in Kfar Chabad was founded in 5715/1955 to help young boys grow in their Yiddishkeit while learning trades such as carpentry, auto mechanics, etc. in a frum setting. It was in existence until 5756/1996. One of the legendary teachers there was the unforgettable Reb Tzvi Greenwald, who passed away last year and was on staff for the duration of the existence of the school. Thousands of students were given professional training in several fields and went on to lead frum and productive lives.

In 5716/1956 Arab Terrorists stormed the school and killed four students and their madrich, the tomim Simcha Dubraskin, HYD. In response to that terrible tragedy, the Rebbe sent a group of ten shluchim to be mechazek the Chabad community throughout Eretz Yisroel, which was understandably shaken to the core.

In this gallery, we present to you a series of photos of visitors being shown around the Beit Sefer L’Melachah. Seen in these photos are long-time shliach Reb Zushe Posner, Reb Shlomo Lipchitz, Reb Berke Wolf, Reb Shloim’ke Majdanchek, and others.