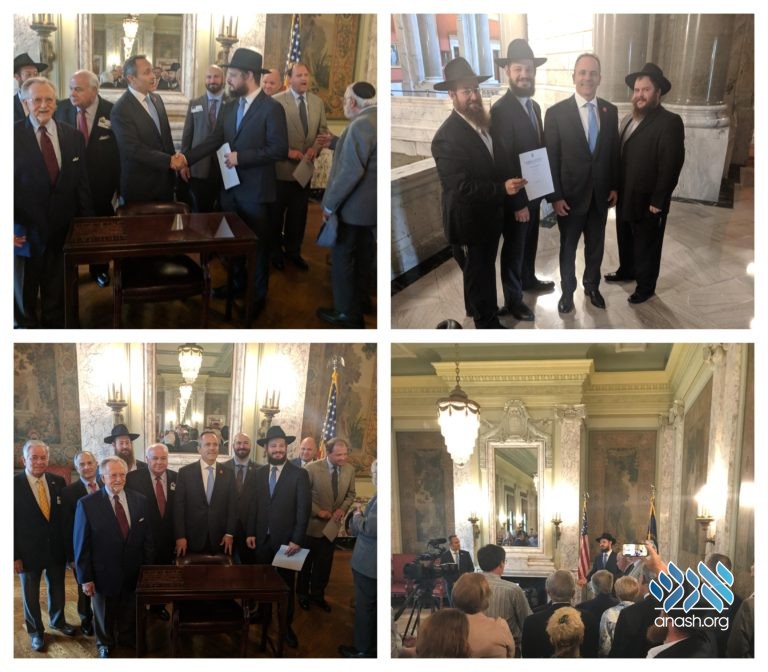 Members of the Jewish communities across the state gathered to participate in this celebration.

“My colleagues and I condemn the #BDS movement,” said Barr, “and we have sent a letter to the Office of Foreign Asset Control requesting an update on the federal government’s oversight of non-governmental organizations engaged in anti-Semitic hate against our allies in Israel and the Jewish people worldwide.”

Rabbi Litvin thanked Allies for standing up against Antisemitism.”Allies like our Governor,” said Litvin, “who are willing to stand in the gap, facing off against the antisemitism of wanna be woke activists, who seemed to have of woken up yesterday with no sense of history, of international Bodies who seek to isolate and single out the Jewish state, of European politicians who call Hamas and Hezbollah their friends, of foreign governments, and even two hateful members of Congress who turn fiction into a science,” he said.

Rabbi Litvin added: “I’m excited to be here today. I grew up a proud American and an even prouder Kentuckian. I grew up in a country referred to by the Lubavitcher Rebbe, Rabbi Menachem Mendel Schneerson, as a Medina Shel Chessed, a country of Kindness.” Rabbi Litvin said.

Kentucky became the 26th state to pass legislation against the antisemitic movement. The Law passed this past session with large majorities.