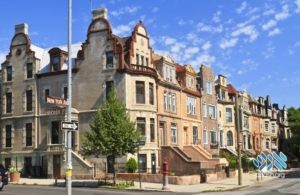 If you live in Crown Heights, you need to take action.

For those just finding out about the new bail reform laws, here’s a short description:

Starting Jan. 1, those charged with most misdemeanors and Class E felonies will no longer face having to put up cash or bond to be released from jail while awaiting trial.  New York is one of the few states to abolish bail for many crimes without also giving state judges the discretion to consider whether a person poses a threat to public safety in deciding whether to hold them.

The major reform will ensure the state isn’t effectively criminalizing poverty by keeping someone in jail only because they can’t afford to get out.

The reforms will lead to the release of at least 3,800 people currently in county jails in 2020, according to a USA TODAY Network New York survey of the state’s counties.

Here’s a partial list of crimes one can no longer be held on bail for:

It’s only a few days into Jan 2020 and stories like the woman who attacked 3 of our Jewish sisters on Kingston Ave only to be arrested, immediately released, arrested again after attacking someone else and then immediately released, show that there are some obvious flaws to the new bail reform law and already has NY State legislators scrambling to ‘reform the bail reform’ with headlines like this: “Bail Reform: NY Senate Majority Leader Ready To Consider Changes To Controversial New Laws”

ARE YOU familiar with your local district legislators who represent the majority of Jewish Crown Heights?

(If you live on the outskirts of CH your legislators might be different, check who your local NY legislator is at https://nyassembly.gov/  and https://www.nysenate.gov/)

YOU are these legislator’s constituents.  They have local offices and you can drop in or call or email them at any time with any community concerns.  Their job is to hear from their constituents.

One issue Senator Myrie and Assemblywoman Richardson have been dead silent on, are what’s happening in the Jewish section of the districts they represent.

Now that legislators are back tracking on the logic of this whole bail reform, one representative, Assemblyman Simcah Eichenstein, has proposed new legislation to help the situation, specifically regarding acts of hate crime.  His new bill would include hate crimes as qualifying offenses in which a judge can have discretion in setting bail after an arrest.

But in order for this legislation to move forward it needs support from fellow Assemblymembers as well as Senate members to propose a ‘same as’ bill which shows they also support such legislation.  This is where YOU come in.

YOU need to contact your district Assemblyperson and district Senator and tell them you want them to support and sponsor Assemblyman Eichenstein’s new legislation regarding hate crimes.

In order for Senator Myrie and Assemblywoman Richardson to give this new legislation the time of day they need to hear from YOU, THEIR CONSTITUENT.  They need to hear from everyone in CH that this is smart legislation and we, their constituents, expect that they will support it for the safety of ALL people who reside in their district and all over NY.

They will not take this seriously unless they are BOMBARDED by constituents on this issue, that’s just pretty much how they operate.

Please visit them, call them, email and snail mail them with your concern for the safety of Jewish residents in their district. Ask them what concrete steps they are taking to ensure the safety of ALL their constituents.

Remember, they are YOUR elected official and have offices to hear from YOU about YOUR concerns.  Let’s make sure they do their job because they answer to YOU.

Please share this with your friends and family, we need everyone on board to make it LOUD & CLEAR to our legislators that while we appreciate they “stand with the Jewish community” what we really need is for them to take action in protecting the Jewish communities they represent, as well as all NYers, from those who perpetrate hate crimes.