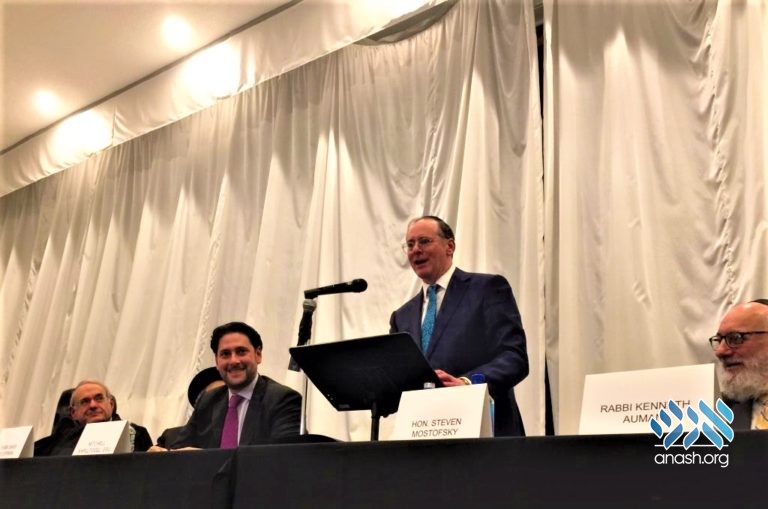 Judge Steven Mostofsky was sworn in Monday night, in a ceremony attended by community and political leaders, as the newest judge in the New York State Supreme Court.

Mostofsky, 61, was elected by voters earlier this month to a 14-year term, though it carries a mandatory retirement age of 70, in nine years. A resident of Flatbush, he has served in the family and civil divisions of the court since 2013.

Mostofsky’s candidacy was presented by David Schwartz, the area’s Democratic district leader, and ushered through by Brooklyn Democratic party chairman Frank Seddio. Both attended the swearing-in ceremony, along with elected officials from the area.

A divorce attorney by trade, Mostofsky served as the past president of the National Council of Young Israel.