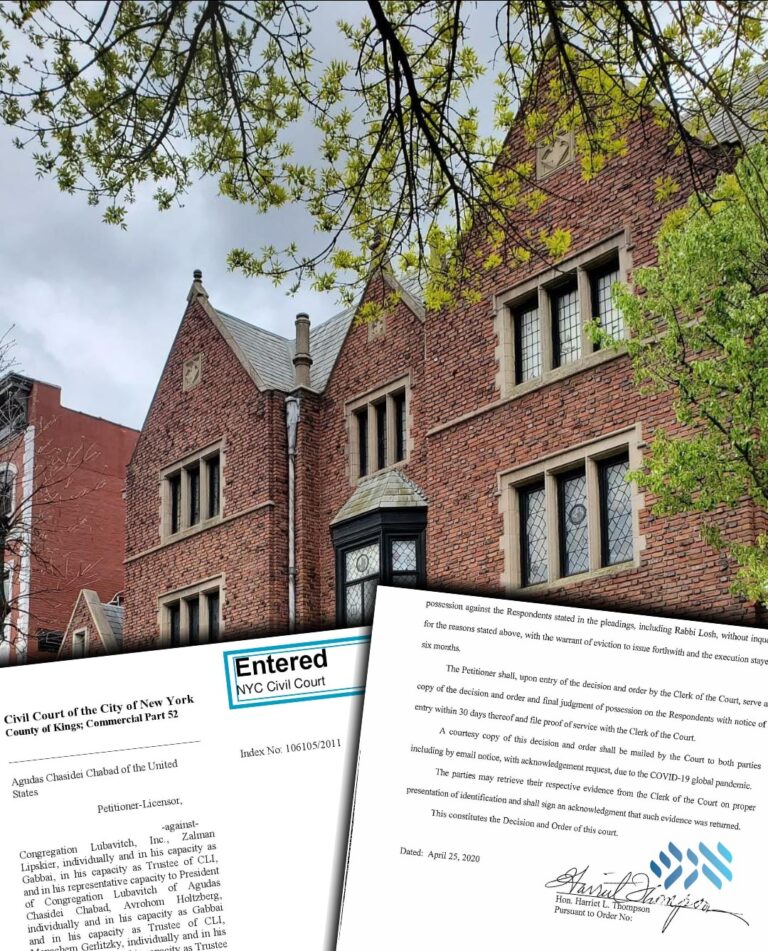 Breaking News: Justice Harriet Thompson handed down a verdict declaring that the “power and authority” over 770 Eastern Parkway, including the main shul, belongs to Merkos L’inyonei Chinuch.

In what may be the last stage of a decades-long legal battle, Justice Harriet L. Thompson ruled that the authority over 770 Eastern Parkway belongs to Merkos L’inyonei Chinuch and Agudas Chassidei Chabad (Aguch), the official institutions of Lubavitch headquarters.

In the verdict, handed down April 25, 2020, the judge ruled that the full authority of how to run the buildings at 770, 784 and 788 Eastern Parkway, including the main shul, is in the hands of Merkos and Aguch.

The judge stressed that the authority over 770 had been granted by the Rebbe solely to Aguch and not to the Gabboim.

“The Rebbe determined the power and authority granted to the owners of these properties, not this Court,” she wrote in her ruling.

“His intentions and only his intentions were made clear by granting full authority to the owners, through Boards of Trustees, not the congregants or the Gabboim, over the religious corporation’s real property and personal property,” she wrote.

In October of 2017, Justice Thompson visited 770 for a two hour tour to gain a first hand understanding of the different sides. She was shown around by Rabbi Mendel Sharfstein and Gabbai Zalman Lipskier.