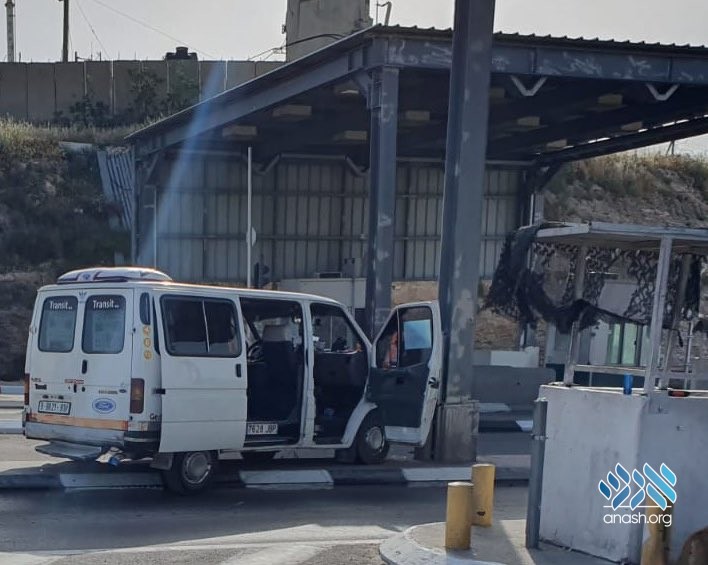 A Border Police officer was moderately wounded in a combined car-ramming and stabbing attack at a checkpoint near Abu Dis, east of Yerushalayim, on Wednesday morning.

According to police, the Palestinian terrorist rammed his van into the border guard at the Kiosk checkpoint in the Maaleh Adumim area, and then got out of the vehicle and attacked the officer before other officers at the scene neutralized him and shot him dead.

A pipe bomb was also found at the scene, which police said the terrorist apparently planned to throw at the officers.

Video footage of the incident shows a white van veering off a road onto the curb and ramming into the officer, hurtling him several feet back. The terrorist is then seen jumping out of the vehicle with what looks like a pair of scissors and lunging at the injured policeman.

Medics said the border guard sustained moderate wounds in the attack. He was taken to Shaare Zedek Medical Center for further treatment.

The identity of the terrorist was not immediately released.

Palestinian terror attacks on police and military positions have been a frequent occurrence in recent years but have tapered off significantly in recent months, especially since the outbreak of the coronavirus in the region pushed many indoors. However, earlier this week, Israeli forces thwarted a potential attack with Palestinians hurling firebombs at Israeli vehicles.