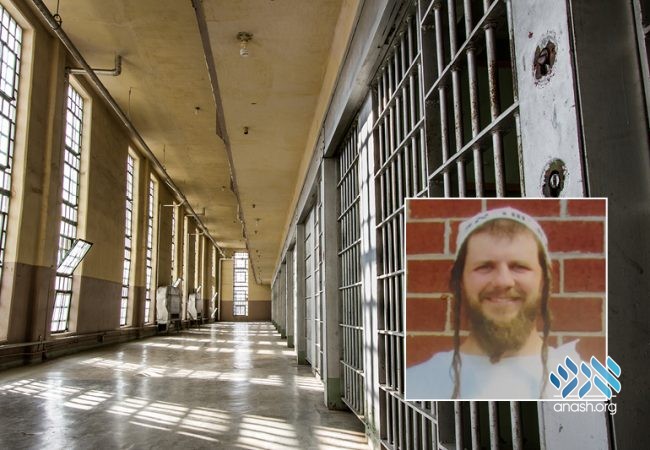 By Chana E for Anash.org

Last month, Anash.org posted an article about Malcom A., a Jew incarcerated in a correctional facility, who joined JNet’s Chof Av campaign promoting the study of R’ Levik’s teachings. The campaign offered a $50 raffle prize and Malcolm pledged to use the winnings for JNet calls, if he would win.

Instead, Hashem wanted the prize to reach his pocket by inspiring more learning in its path.

Reading about this Jewish inmate, deprived of so much I take for granted, I was stirred by how he used his precious resources to call the director of JNet, Rabbi Yehuda Dukes, to ask for learning material from R’ Levik because he knew Chof Av was coming up. I then read that upon hearing about this campaign, he pledged to use the winnings for JNet calls. Calls from within the jail are extremely precious because they are expensive and limited to 15-minute slots.

I was deeply moved. I also came to the realization that by volunteering to be a chavrusa, perhaps I could be the person to make a difference in someone else’s life.

So I signed up as a JNet volunteer. I also followed the article’s links to R’ Levik’s maamarim and learned a couple of them. When entering my name into the raffle, I decided that if I won, I would donate the prize to Malcolm, who could use it way more than I could.

Imagine my delight when Rabbi Dukes sent me a message that my name had been drawn! I immediately asked him to pass the prize on to Malcolm, who, no doubt, was thrilled to receive it and hear the story behind it.

I did not just win a few dollars.

I gained a new awareness of my obligation and ability and to teach a fellow Jew, fulfilling a tiny part of the Rebbe’s expectations from me.

I achieved a connection with a special chavrusa who is beginning her own journey towards Torah and will continue this story with her own role in it.

I won an appreciation for the little part I play in this narrative being authored by a master Writer.

You, too, can join JNet and discover your part in this story!