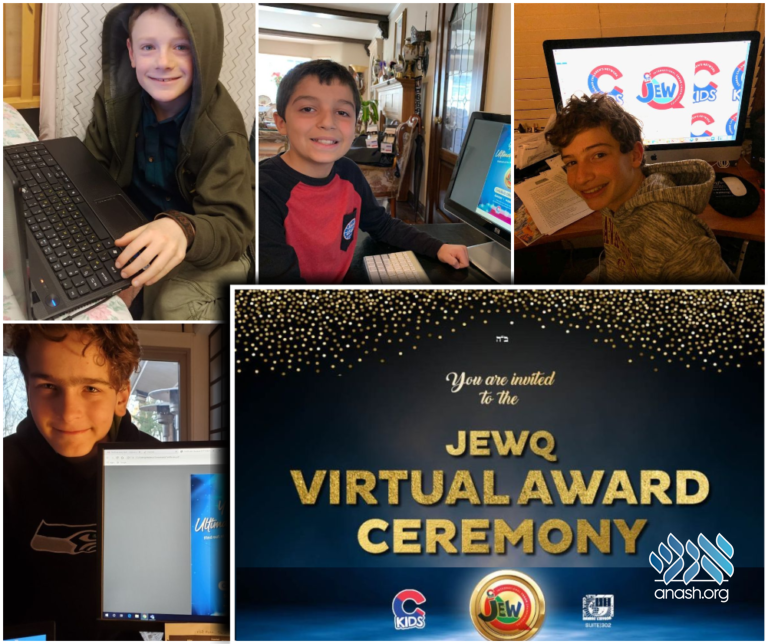 The highly-anticipated JewQ championship airs this Sunday. With thousands of family and friends watching—who will win the crown?

The highly-anticipated JewQ championship airs this Sunday. With thousands of family and friends watching—who will win the crown?

On Sunday, over 207 JewQ champions took their final test in the international Torah championship. This Sunday, March 29th-4th of Nissan an online award ceremony will celebrate their amazing accomplishments.

“We’re proud of every single child who made it this far,” says Rabbi Zalmy Loewenthal, director of Ckids and founder of JewQ. “They have excelled and become true Torah scholars.”

JewQ is the international Torah competition that’s taking the Hebrew school community by storm. Modeled after the popular Chidon Sefer Hamitzvos, kids have been studying for months, taking tests that determine who qualifies for the crown on Sunday’s highly-anticipated competition event.

2457 students from 150 cities around the world joined JewQ when it launched this fall for its second year.

Even recently, with the world thrown into an upheaval, JewQ has stayed on the forefront of kids’ lives. “With school out these past weeks, my son’s been glued to his JewQ textbook,” says Sophia Sabet, a mom from Dix Hills, New York. “I’m proud to see him so committed.”

As over 200 kids get ready to compete for the crown this Sunday, the stakes are high as ever. “Of course my son is nervous,” Sabet says. “I just try to remind him that by making it this far, he’s already a winner.”

This Sunday a 3:00PM EST, join the award ceremony by logging on to Chabad.org/JewQ.