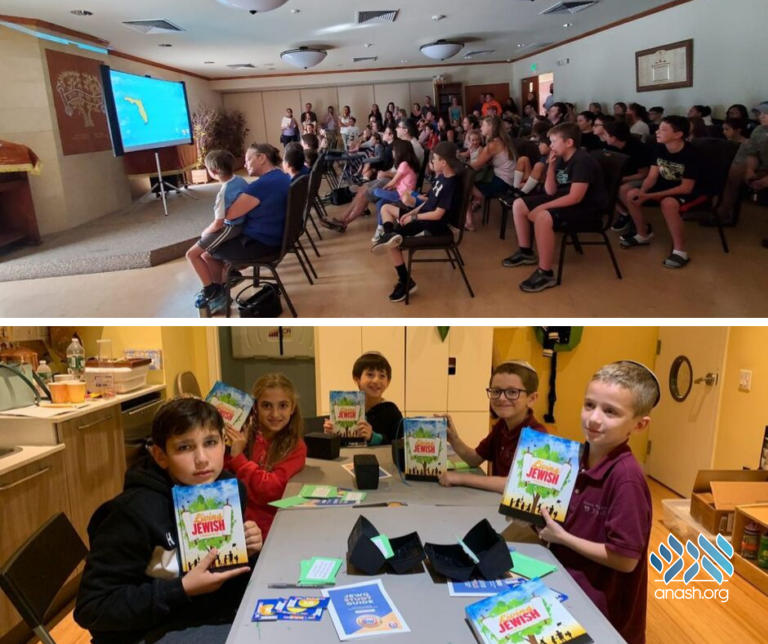 Second annual JewQ competition kicks off all over the world

From Accra, Ghana to Lisbon, Portugal to Cambridge, England, no city is too remote for the international competition that’s taking the world by storm.

One Chabad House at a time, shluchim from Long Island to Melbourne are joining the second-annual JewQ championship that’s getting kids excited to learn about Judaism.

“Let’s be candid here,” says Sophie Blanchard, a parent from Alameda, California. “My son doesn’t particularly like school—but he LOVES JewQ.” Her 10-year-old boy Jacques is set on winning his local tournament and making it to the game show in Crown Heights in March. He made it to the Shabbaton last year and Sophie says, “We still keep in touch with the other families we met.”

Three top finalists from each Hebrew school are eligible for the International CKids Shabbaton in Crown Heights, a four-day program full of meaningful activities and thrilling adventures. “It’s the experience of a lifetime, one that makes an everlasting impact on kids,” says Rabbi Zalmy Loewenthal, Ckids director. “We want to get kids pumped about being Jewish, so we create a completely immersive experience from day one.” The textbook, the tests, the trips—it’s all part of the transformation.

Rabbi Sandhaus joined JewQ for the second year after witnessing JewQ’s impact on his community. “It wasn’t just the kids involved. I had parents calling me all the time with questions.” As children learned the basics of keeping kosher, celebrating Shabbos, and giving tzedakah, parents couldn’t help but incorporate more elements of Judaism into their lives. “We started making Friday night dinner a regular part of our week,” said one parent.

Rabbi Mendy Kotlarsky is Executive Director of Merkos Suite 302, the organization backing the program. “What kids learn now can change the course of their entire lives, and many generations afterward,” he says.