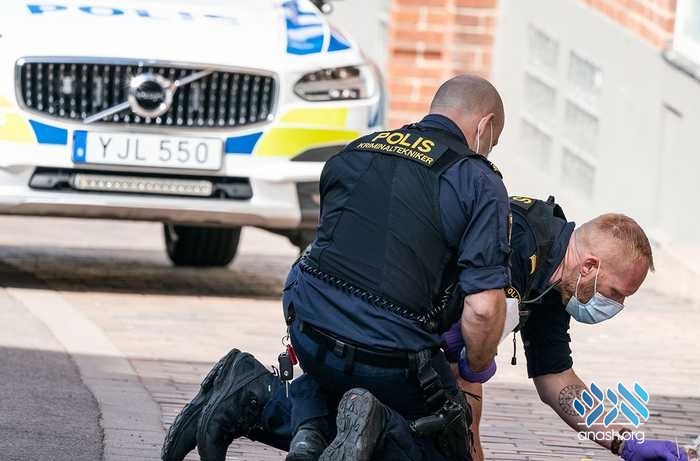 A Jewish woman was in critical condition after she was stabbed multiple times in the city of Helsingborg in Sweden, Swedish media reported Tuesday.

According to an eyewitness which spoke to Maariv news, the approximately 60-year-old victim was heard screaming “Help me! Help me!”, in English.

She was stabbed at least 9 times.

Police said they are investigating the incident as an attempted murder, and have not yet determined if this was a hate crime or not.

The male suspect fled on foot. His description was not known as of this time.

Police have stationed officers outside the Helsingborg synagogue and other Jewish institutions.

Reports state that the victim is the wife of the leader of the local jewish community, although that has not been confirmed.