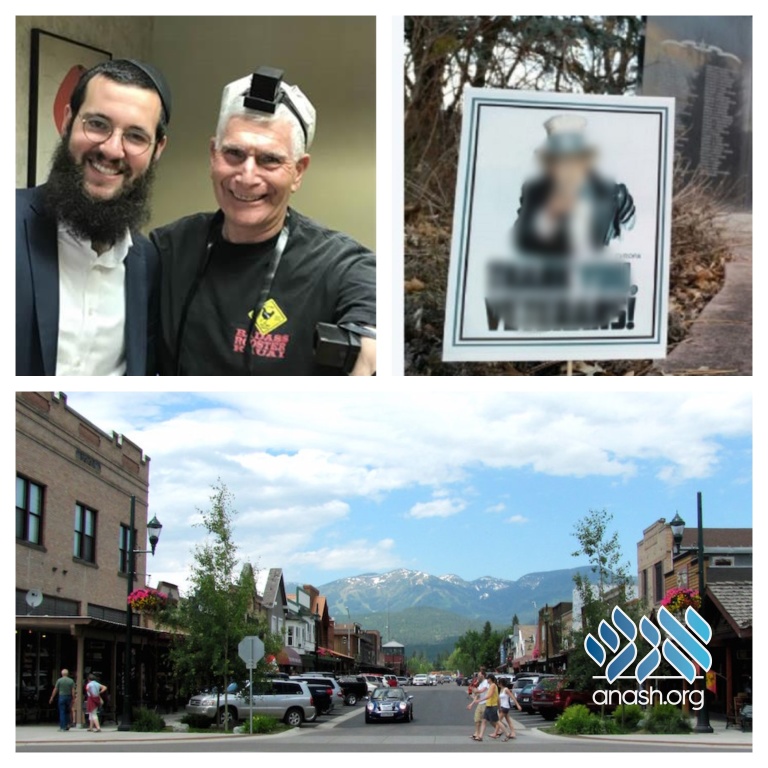 Rachel Carroll Rivas of the Montana Human Rights Network put out a statement decrying the anti-Semitic literature, stating that it was “not only offensive in relation to the Jewish holiday,” but also concerning considering past incidents “including the troll storm perpetrated from outside the community onto the Jewish people of Whitefish just two and a half years ago.”

Many have come out to express their outrage and concern, yet shliach Rabbi Shneur Wolf of the Flathead Valley is taking it in stride.

“The people who are passing out these leaflets are very few in number,” Rabbi Wolf told Anash.org. “The general population here is overwhelmingly supportive of the Jewish community. They don’t share the hateful views of these few individuals.”

In December 2016, a real estate dispute between a local Jewish woman named Tanya Gersh and Sherry Spencer turned personal when it led to a harassment and intimidation campaign against Jewish individuals living in Whitefish. The campaign was led on behalf of Spencer’s son, a well-known white supremacist leader. At the time, one of the targeted individuals declared that “Whitefish is way bigger than Richard Spencer.”

Not long after this incident, Rabbi Wolf and his wife Chana moved on shlichus just minutes from Whitefish, which is part of the Flathead Valley. Since their arrival, they’ve been vocal about their intention to make living a Jewish life more attainable, and have been successful in doing so. They say they have been welcomed quite warmly by the general population and have experienced mostly positive interactions.

“We do not allow these people to stop any of our programs, or to deter us from any of our efforts within the Jewish community,” said Rabbi Wolf. “In fact, we go out there with more fervor and enthusiasm to accomplish our mission!”