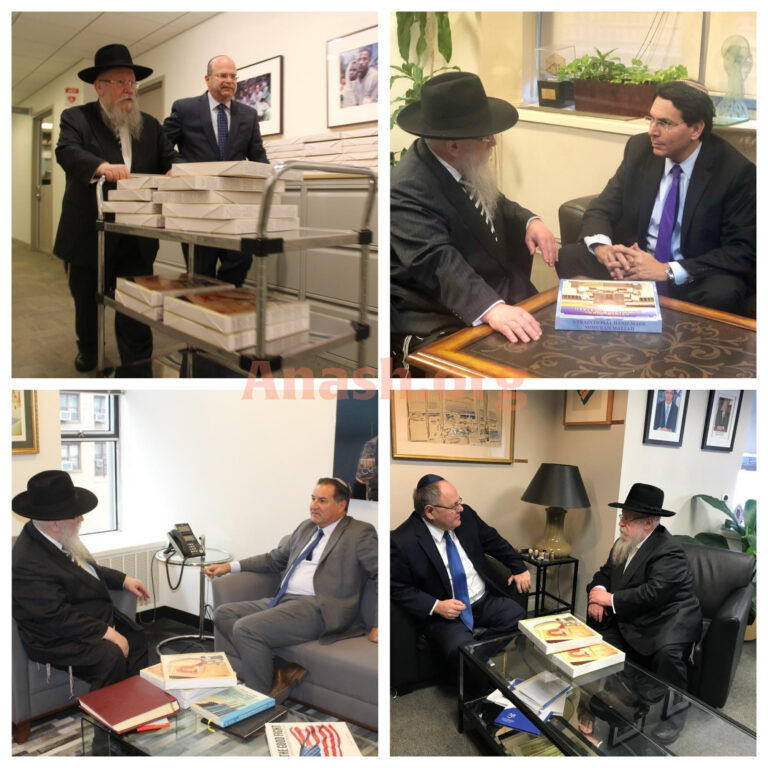 “It has become a tradition that we very much appreciate and we thank Chabad for being there for us” said Ambassador Dani Dayan, the Consul General of Israel in New York.

Israel Maimon, the president and CEO of Israel Bonds and former Mazkir Hamemshala, Secretary General of the Israel Government, knew about the Chabad activities from his previous experiences and was very grateful that Chabad brings Matzah to all Israel Bonds employees.

Gerald Silverman, President and CEO of Jewish Federations of North America (JFNA, and United Jewish Communities), said that from his experience of traveling during the course of his work he sees, first hand, the activities of Chabad Lubavitch. He was, indeed, very pleased to see that Shmurah Matzoh was brought to all the executives and employees of the United Jewish Federations of North America.