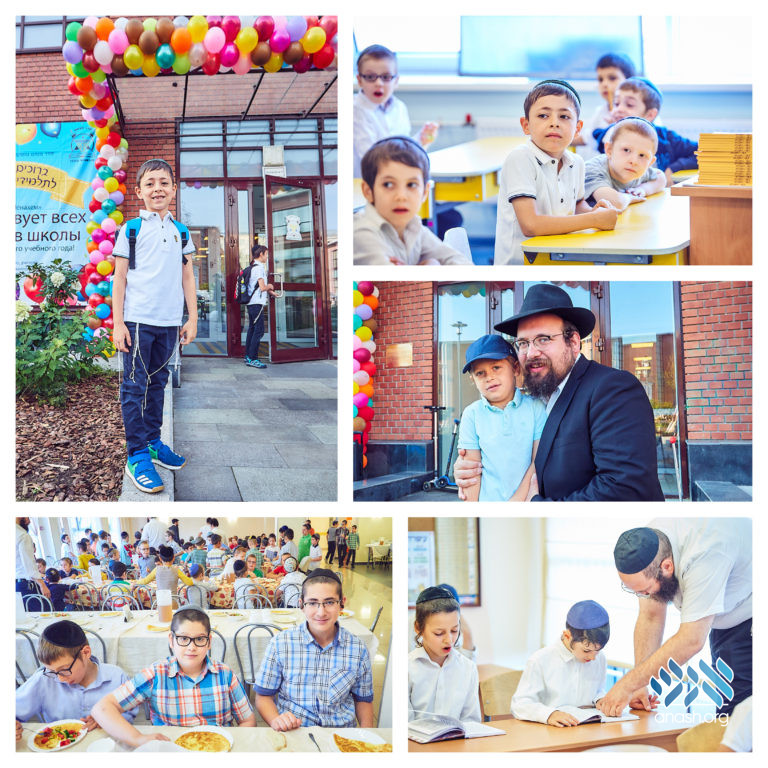 After many months of hard work and preparations, the new school year has begun in Russia.  The private Jewish Schools began learning on Sunday, Rosh Chodesh Elul, while additional government recognized Jewish schools began their studies the following day, Monday, together with all other schools throughout Russia.

The Jewish Educational network in Russia has seen tremendous growth this year. Starting from pre-nursery and all the way up to Yeshiva Gedola, Online School, Jewish University, Sunday Schools and more, there is something for every age and stage so that each and every Jewish boy and girl can have the opportunity to receive a pure, kosher education.

In what has become a yearly tradition, the Chief Rabbi of Russia, Rabbi Berel Lazar attended the “First Bell” ceremony at the magnificent educational campus in Moscow’s Marina Roscha neighbourhood. The ceremony began with the sound of the shofar, instead of the usual ringing of the bell as is customary in all other schools. Rabbi Lazar spoke to the children and staff which had doubled in numbers this year, and blessed them with abundant success in the new school year.

The Federation of Jewish Communities is grateful to the Almighty for the tremendous growth in the number of students this year, especially in Moscow’s Cheder Menachem in which close to three hundred students will study this year, as well as additional hundreds of students in the five yeshivas, and newly renovated kindergartens which will very soon open.

The results speak for themselves, telling of a breathtaking renaissance and revival of Judaism in all of the Former Soviet Union.