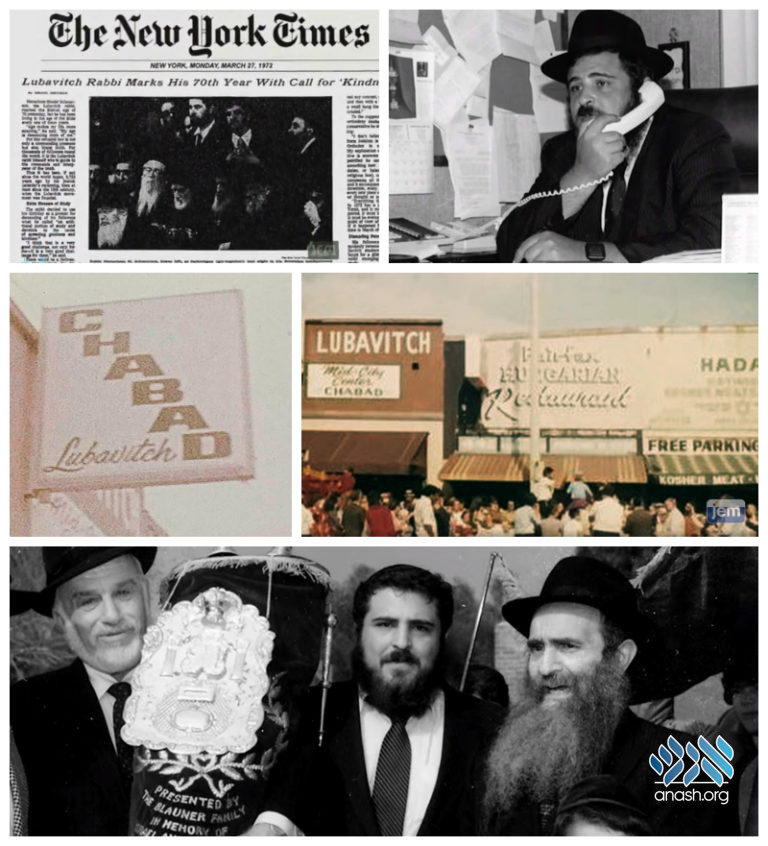 In honor of Yud Alef Nissan, JEM has released a special presentation on the Rebbe’s celebration of his 70th birthday and the drive to increase in activities.

In 5732/1972, as the Rebbe was about to turn 70 years old, a number of well-intentioned people suggested to the Rebbe that he might do well to start thinking about cutting back his workload. The Rebbe didn’t only disagree with them, he insisted on doing the very opposite.

At a Farbrengen marking this milestone, the Rebbe publicly announced his own birthday resolution: to see to the establishment of seventy-one new institutions to further the work of Chabad. This landmark initiative was the impetus for so many of the Chabad institutions we see today all around the world.

In this video presentation, JEM tells the story of that Farbrengen and its results, with original footage, and the first hand accounts of those involved in making the Rebbe’s wishes a reality.