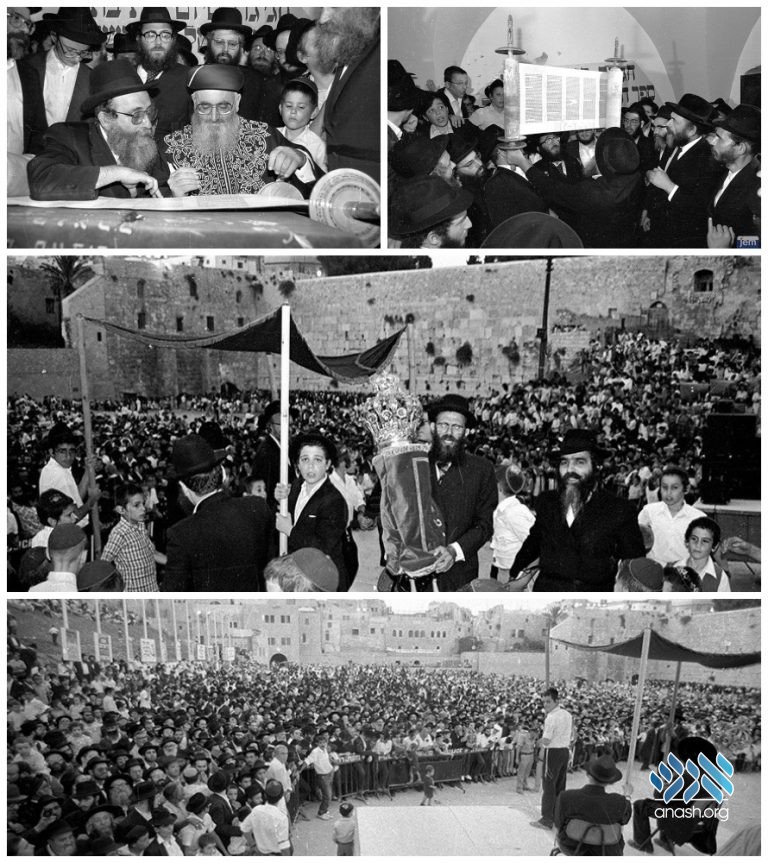 JEM has published 450 never-seen-before pictures of the celebration upon completing the children’s second sefer Torah in Yerushalayim.

Last week, JEM released a fascinating new video highlighting the history of the Children’s Torah Scroll campaign. Now, in connection with the new video, a brand new gallery has been published for the first time – with over 450 photos.

In 1981, during a Farbrengen celebrating his birthday, the Rebbe launched the Children’s Torah Scroll campaign. It went on to become a global effort for Jewish children everywhere to buy their own letter in a Torah scroll written especially in their honor.

The Rebbe explained that unifying all Jewish children in this special project would bring merit to and help protect the Jewish people.

Featuring stunning photos from the completion ceremony of the second Children’s Torah Scroll, various Rabbonim and dignitaries can be seen participating in the celebration and writing the final letters in the scroll.

The grand event took place in and around the Tzemach Tzedek Synagogue in Jerusalem’s Old City and the Western Wall. In fact, in line with the Rebbe’s instructions, the entire Torah Scroll was written there.

Check out the full photo gallery here and if you haven’t yet, make sure to watch the new video here.