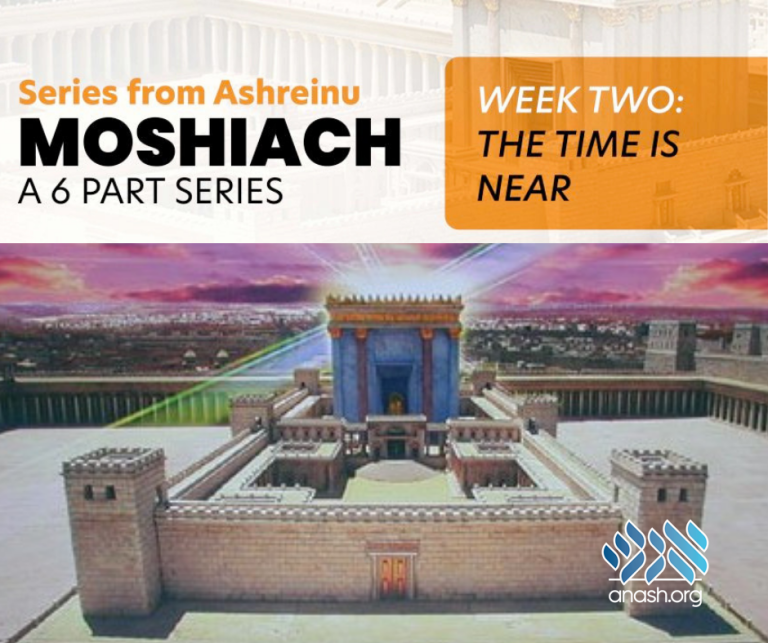 Ashreinu launched a platform to learn about Moshiach and Geulah directly from the Rebbe.

“I believe with perfect faith in the coming of Moshiach. Even though he may tarry I await his coming every day.” Thus writes the Rambam in the Thirteen Principles of Faith.

In our times, the Rebbe transformed the concept of Moshiach from a distant theory into a reality, part and parcel of everyday Judaism.

For decades on end, the Rebbe dedicated significant parts of his talks to the subject of Moshiach and Redemption, discussing them at great length. The Rebbe spoke of a Jew’s obligation to yearn and demand for Moshiach, and extolled the potential every mitzvah contains to achieve salvation for the entire world. The Rebbe’s impassioned voice stirred its listeners to see Moshiach as a mission they should truly feel for and work towards.

Now with the help of a new series, Ashreinu provides the opportunity to take these ideas to heart. The Moshiach Series includes six sections on an array of different concepts connected to Moshiach, carefully researched and curated from the huge audio library of the Rebbe’s talks.

The first section about yearning and demanding the coming of Moshiach was released a few weeks ago and has been received enthusiastically by many users of Ashreinu.app. Now, Ashreinu has released the second section containing talks wherein the Rebbe points to the many signs of Redemption that can already be seen in the world.