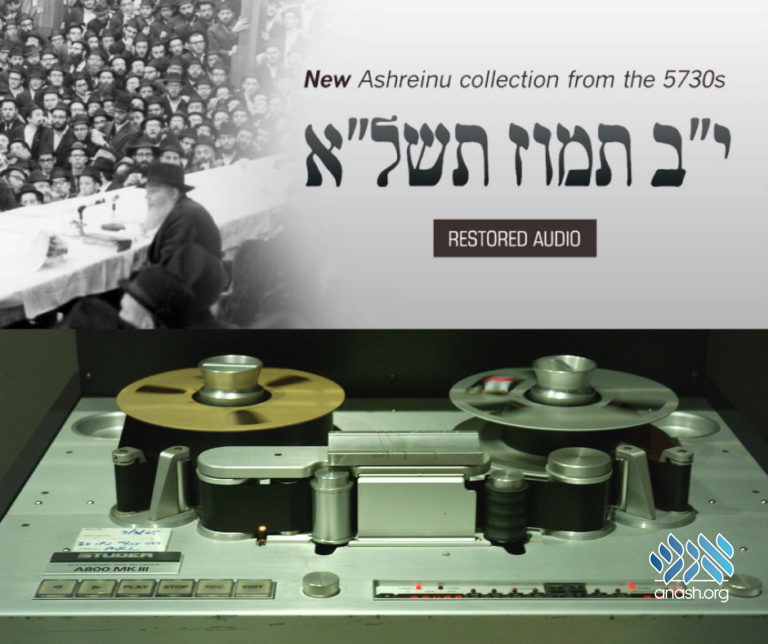 After acquiring a new audio containing a decade’s worth of recordings of the Rebbe, Ashreinu launched a restoration campaign. The first batch of six restored farbrengens has been released.

Since the launch of the platform, the Ashreinu team has been working to locate the best quality audio recordings of the Rebbe’s talks and farbrengens. Ashreinu then restores that audio, making the content easy and enjoyable to listen to. To date, 65 farbrengens have been restored, primarily from the 1950s and 60s.

Recently, Ashreinu acquired a new treasure, an audio collection from The Goldstein Family Collection, which has farbrengens recorded in the 5730s/1970s. The precious tapes are being meticulously restored and released as quickly as possible. The first six farbrengens of the decade are now available.