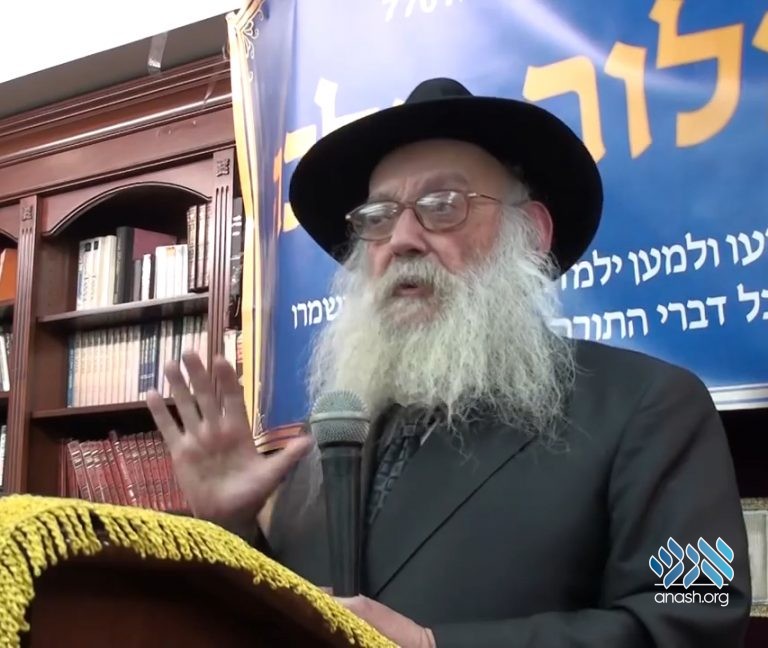 Stories Rabbi Groner Told:  “I was blown away! It’s as if the Rebbe took a scalpel, cut open my skull, peered into my mind, and saw my question!”

There was a man by the name of Reb Yechezkel HaKohen (Charles) Raddock, who knew the Rebbe before 1950. He was a good friend of my brother, Rabbi Yitzchok Dovid Groner A”H. After Yud Shevat 5710 (1950), he commented to my brother, “This Rebbe is different from the previous ones. This Rebbe will not allow you to relax. He will demand and demand, and never be satisfied!”

Once, in the mid-1950s, he called me and said, “Listen. Up until now, I baruch Hashem have not had any problems, and I didn’t feel the need to seek the Rebbe’s blessing or advice. But now, I have a mini-emergency. Can you arrange a yechidus with the Rebbe?”

I set an appointment for two weeks from the day we spoke, at 10:00 P.M. After the yechidus, Reb Yechezkel said to me, “You know, you frequently hear it said that a rebbe has ruach hakodesh. But when you experience it firsthand, it takes on a totally new meaning.

“I am writing a sefer on Jewish history [Portrait of a People: The Story of the Jews from Ancient to Modern Times], and I want it to be as authentic and accurate as possible. When I got up to the time period of ‘oso haish,’ I had a dilemma, since, on the one hand, I am a frum Yid, however, if I don’t mention it, I may lose my credibility.

“I debated the pros and cons in my mind, and I was not able to reach a decision. At this point, I felt that the only one who could help me was the Rebbe.

“As soon as I entered the Rebbe’s room, I thought, ‘How can I mention these two treife words – oso haish – in such a holy room?’ So, I decided not to bring it up, and I would just have to break my head and figure out a solution on my own.

“The Rebbe greeted me warmly, and we entered into a lively dialogue of other issues. Fifteen minutes into the yechidus, I got up to leave, and the Rebbe said, ‘Reb Yechezkel, bleib zitzn – stay put. There is something on your mind, but you are not asking it.’

“Even at this point, I didn’t want to mention it. The Rebbe continued, ‘I know you have a question, and I have an answer for you.’ Rabbi Groner, I was shocked! I never discussed this issue with anyone – not with you, not with Rabbi Chadokov – no one was aware of my dilemma!

“The Rebbe continued, ‘You have a problem writing about such and such time period in history – I can relate to your problem. But I have a solution for you! Write in the style that a frum Yid writes, and it will not undermine the significance of the book.’

“The Rebbe proceeded to give me very specific guidance to help me fulfill the book’s objectives. I was blown away! It’s as if the Rebbe took a scalpel, cut open my skull, peered into my mind, and saw my question!”

When World War II broke out, chassidim approached the Frierdiker Rebbe to find out what to do. When HaRav Mordechai Mentlik A”H and his wife asked the Rebbe the question, the Rebbe advised him to travel to London, where he should remain for Shabbos, and review a maamar there at shalosh seudos. After Shabbos, he was to continue on to America.

Upon arriving in London, there was talk that the ship to America would be departing on Sunday. Later, however, they were informed that because the oceans would be infested with Nazi warships and submarines, it would be best to depart earlier, on Friday.

Everyone boarded the ship except for Rabbi Mentlik and his wife, who insisted on remaining in order to carry out the Rebbe’s shlichus that Shabbos. When they told him that it’s highly likely that that would be the last ship out of England, Rabbi Mentlik said, “It’s not my worry, it’s the Rebbe’s. I was told by the Rebbe to chazer a maamar this Shabbos.”

That Monday, it was reported in the news that the ship which set sail on Friday was shot and sunk by the Germans. The English government expressed its deep sympathy, and announced that another ship would be dispatched on Monday for anyone still needing to travel to America.

Rabbi Mentlik and his wife came on that next ship. Rabbi Mentlik ultimately assumed the role of rosh yeshiva of the central Lubavitch Yeshiva at 770 Eastern Parkway in Brooklyn.