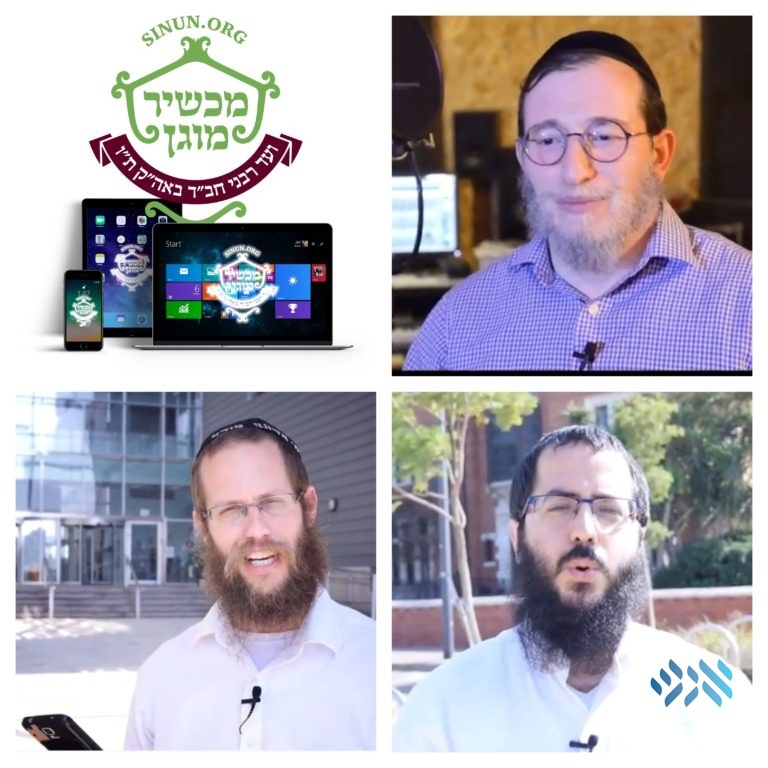 In recent days, the Sinun (filter) phone filter, under the guidance of Beis Din Rabbonei Chabad in Eretz Yisroel, has been getting the word out about filters for devices. Three videos were publicized in the last week, each featuring an important person in a field that relies heavily on the use of technology.

Some believed that an unfiltered smartphone or computer was not an “issue” for them. Others heard from friends that filtering a phone would slow it down and make some applications difficult to work with. Each got to a point where he decided, for different reasons, to “give it a try.”

Menachem Cohen, editor of the Kfar Chabad Maqgazine, originally said that there was “no way” (ein matzav) that he would filter a phone. He heard from friends that they slow down a phone and hurt performance, yet he says that “The sun is still shining and the flowers are still in bloom,” even after installing it. Now his mind is at ease, as is his Shalom Bayis.

“Let’s admit the truth,” Menachem says. “The Beis Din doesn’t need to thank us for installing their filter system, it’s we who need to thank them for bringing peace into our lives.”

Singer Mendy Jeruffi kept on pushing it off. Being a musician, the phone is his office and he was worried about limiting his options by installing a filter. He say that what caused him to finally make the decision was the fact that he was in a sense lying to his children; They are required by their schools to filter their phones, yet their father doesn’t have one on his.

“When I finally had my filter installed,” Mendy says, “I came home, picked it up and announced, ‘My phone is now filtered.’ I saw the joy on my kids’ faces. What I was saying to them was that ‘I do no less than what I expect of you.'”