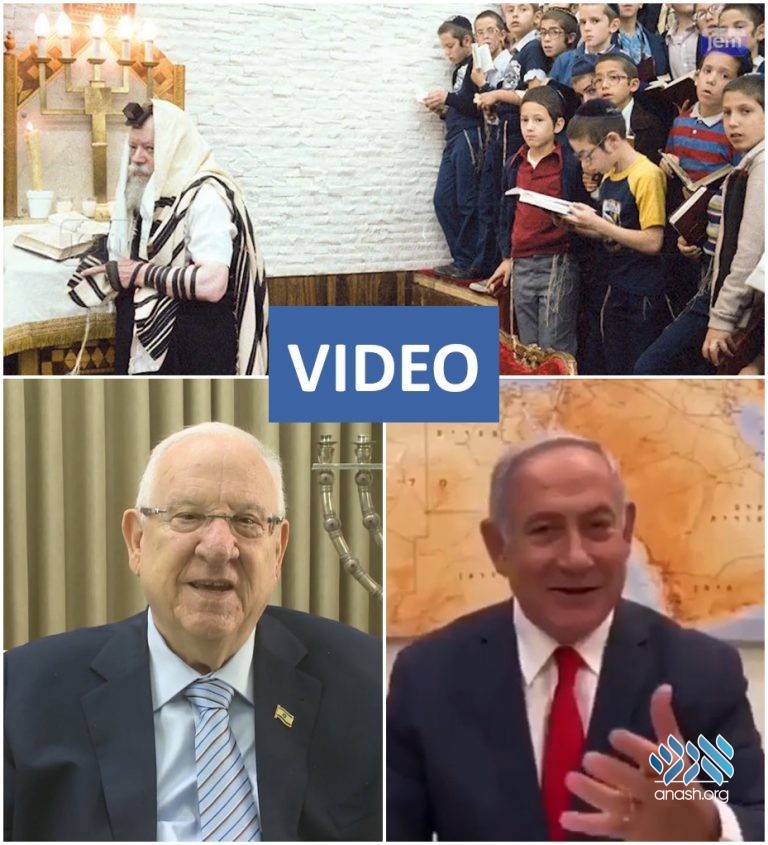 Israeli Prime Minister Bibi Netanyahu and Israeli President Rubi Rivlin published video messages to mark Gimmel Tammuz, recalling their encounters with the Rebbe and the effect he had on their lives.

To mark the 26th hilula of the Rebbe on Gimmel Tammuz, Israeli Prime Minister Bibi Netanyahu and Israeli President Reuven (Rubi) Rivlin published video messages to mark Gimmel Tammuz, recalling their encounters with the Rebbe and the effect he had on their lives.

Bibi said that almost no day goes by that he is not reminded of the Rebbe.

The Prime Minister also recalled the Rebbe’s words to him that he would have to ‘”fight with 119 members of the Knesset.”

“I thought it was hyperbole at the time,” he said. “Now I see, as I see in so many areas, that the Rebbe had prophetic vision.”

President Rivlin also spoke of his encounter with the Rebbe decades ago.

“40 years ago, the Lubavitcher Rebbe called me. And when the Rebbe calls – you come. I had The privilege to have a yechidus with him, albeit a short one. I felt the same wonderful feeling of a chasid before his Rebbe,” he said.

“The Rebbe was a rare leader, full of Ahavas Yisroel and concerned about the individual and the whole. May you continue to be inspired by the same unique bonds of love and the unending sense of Shlichus for every Jew and every human being in every corner of the world, until the ultimate redemption,” he said.