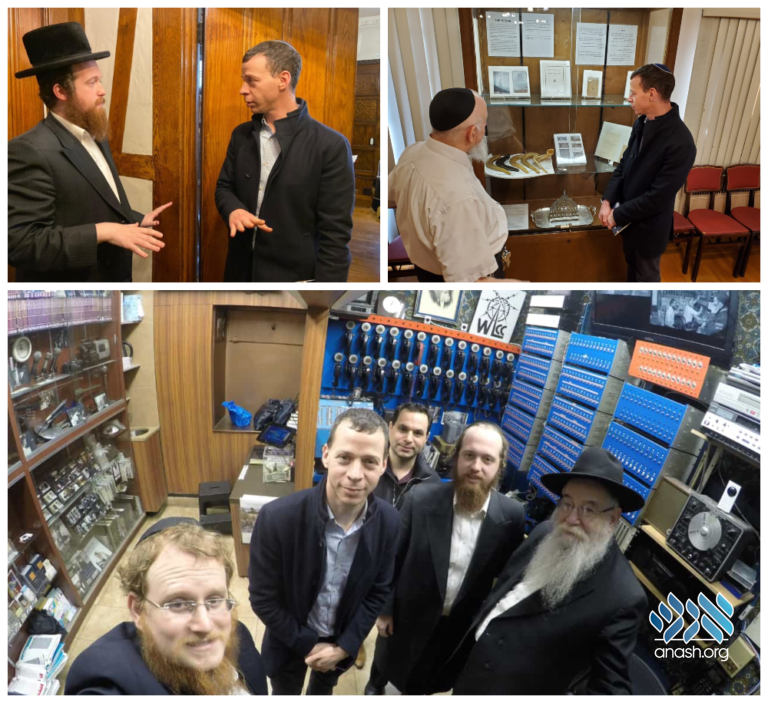 Israeli Journalist Amit Segal, one of the most senior commentators in the Israeli media, toured Chabad Headquarters Wednesday.

Israeli Journalist Amit Segal, one of the most senior commentators in the Israeli media, toured Chabad Headquarters Wednesday.

Amit Segal is an Israeli journalist and a popular radio and television personality. He serves as the political analyst for Israel’s Channel 12 and a political columnist for Yediot Acharonot.

During the past week, Amit visited a number of Chabad houses in the USA and Canada as part of a speaking tour. On Wednesday, the hosting shluchim brought him to see 770.

Accompanied by Rabbi Avremi Leibowitz, Amit first entered the Rebbe’s room. He then visited the WLCC room, run by Rabbi Chaim Baruch Halberstam, where he was shown by Rabbi Halberstam and Rabbi Mendel Esienbach how the Rebbe’s farbrengens were broadcast to the entire world before the days of the internet.

Accompanied by Rabbis Eisenbach and Leibowitz, he then continued to the Central Chabad Library next door. At the library, he was greeted by librarians Rabbis Shlom Ber Levin and Yitzchak Wilhelm who showed him the historical treasures on display in the exhibit room and the reading room where one can request a book from the library’s vast collection.

Amit also visited the offices of Merkos 302, where he met with Rabbi Mendy Kotlarski who showed him some of the many projects of Merkos 302 and Chabad worldwide.