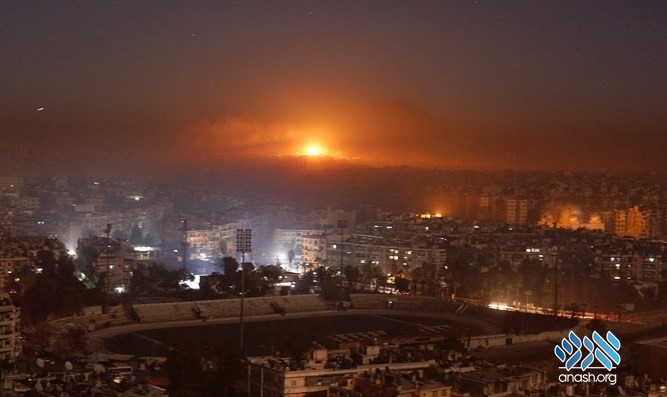 Syrian sources reported that the country’s air defenses had been activated Saturday in response to “foreign aerial craft” that entered Syrian airspace from the direction of Israel, the report by the Syrian news agency SANA said. It was the second night in row of such an attack, the Syrian news agency said, reporting Israeli bombing of several sites around Damascus. Syrian claimed to have shot down an Israeli craft in the Friday raid.

According to Syrian anti-government sources in London, the Israeli conducted an attack against “forces of the Iranian Revolutionary Guards and Hezbollah” on both nights. The sources said that on Saturday night the Israeli planes “fired missiles at the targets in southern Syria. Syrian anti-aircraft fire shot down at least one missile.”

In the Friday attack, Israeli planes attacked in an area southwest of Damascus, where there are several warehouses of weapons and equipment belonging to Syria and Iran. At least three explosions were heard in the area. Syrian sources reported that they had shot down an Israeli drone. Israel had no comment on any of the alleged attacks.