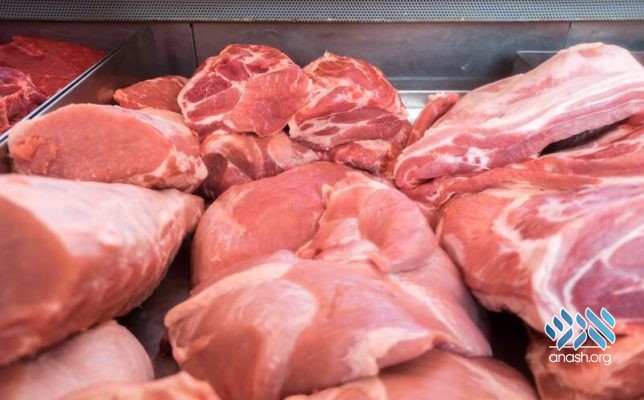 In a new and welcome move, the government is prohibiting the import of any meats without a hechsher, which will now ban the import of pork, which has been permitted to date. The 1992 law prohibiting importing non-kosher meat had a provision addressing exclusions, including sausages. While most may be unaware, quantities of pork are imported to Israel R”L.

The new ban will Baruch Hashem ban importing pork, amid a realization that when Naftali Bennet was responsible for this area, 295 tons of pork and pork fats were imported R”L, and when this was in the hands of Eli Yishai, that number dropped to 247 tons. Under Aryeh Deri, the number dropped to 93 tons, Mako News reports.

According to the new regulation, all pork products would require a hechsher to permit being imported, hence bringing an end to pork imports. One of the results of this is that those persons wishing to continue to eat pork will have to rely on locally grown pork, which one may assume will cost considerably more due to the new regulation.

One may also assume that if a left-wing liberal coalition government is formed, this and many other regulations protecting Yiddishkeit will be canceled.