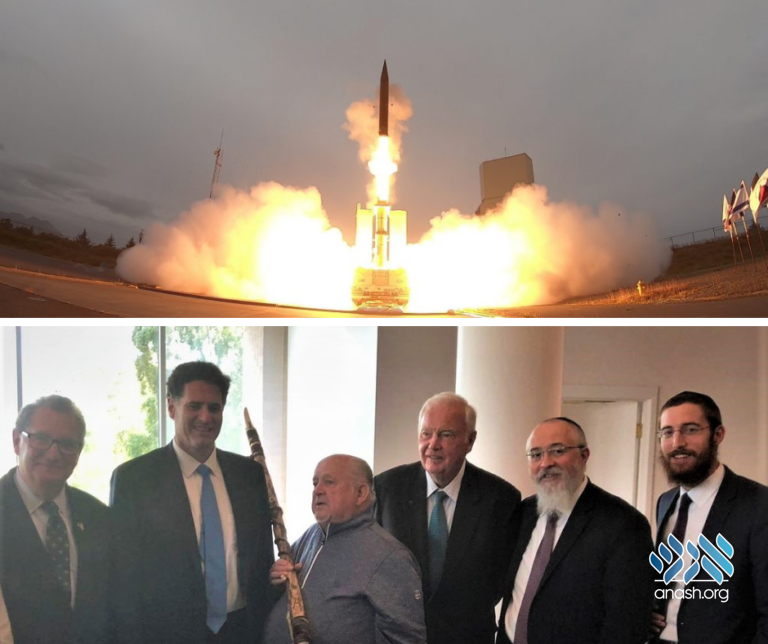 Israel and the United States completed a series of successful tests of their advanced Arrow 3 missile defense system in Alaska, the Defense Ministry said on Sunday.

The weapon system successfully demonstrated hit-to-kill interceptions of ballistic targets in space, according to the ministry, which added that the operation was conducted in Alaska in order to test capabilities that cannot be tested in Israel.

Prime Minister Benjamin Netanyahu lauded the joint operation at the opening of the weekly Sunday cabinet meeting, saying the “secretive” tests had been conducted over the course of the past several weeks.

“They were successful beyond any imagination. The Arrow 3 – with complete success – intercepted ballistic missiles beyond the atmosphere at unprecedented altitudes and speeds,” the premier said.

The Defense Ministry did not specify at what altitudes its defense system had managed to intercept the test missiles.

“Today Israel has the ability to act against ballistic missiles that could be launched against us from Iran or anywhere else,” Netanyahu added.

The successful tests were conducted by the Defense Ministry’s Missile Defense Organization and the US Missile Defense Agency, with assistance from the Israeli Air Force and Israeli Aerospace Industries, which manufactures the Arrow 3. “In addition, the fact that the tests were conducted in Alaska, tens of thousands of kilometers away from Israel, is another significant achievement that demonstrates the operational capabilities of the Arrow 3 system to successfully face any threat,” said MDO director Moshe Patel in a joint statement with the US Missile Defense Agency.

Also present for the test in Alaska was Israel’s Ambassador to the US Ron Dermer. On Friday, Channel 13 reported that the envoy had made a secret trip to the US’s northernmost state to discuss Israel-US defense ties and cooperation against Iran.

The Arrow 3 system, a more advanced model of the Arrow and Arrow 2, was declared operational in January 2017. The air defense system, developed as a joint project with the US, is designed to shoot down ballistic missiles — like those Israel fears Iran may one day launch at it — while the incoming projectile is still outside the earth’s atmosphere.

Complemented by a number of other missile defense systems designed to protect Israel from short-, medium- and long-range attacks, the Arrow 3 system represents the highest level of Israel’s multi-tiered missile defense network.

An image of Israel and the US’s test launch of the Arrow 3 missile defense system on July 28, 2019. (Defense Ministry)

The Arrow 3 was last tested in January from the Palmachim air base in central Israel. Its final test was marked a success but earlier tries in the series had failed. The system was also trialed last July as part of a broad missile defense exercise that also checked the capabilities of the short-range Iron Dome and medium-range David’s Sling.

Before that, the system was successfully tested in February 2018, after months of delays and technical problems. In January, an exercise was called off because of a data transfer problem and in December a test was canceled over safety concerns.