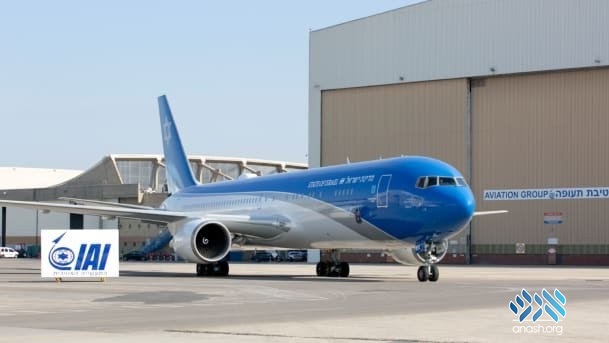 The government of Israel’s own ‘Air Force One’ aircraft, which will serve both Israel’s prime minister and president on official trips abroad, will undergo its first test flight in the coming days.

The Boeing 767-300ER airliner arrived in Israel in the summer of 2016 from Australian carrier Qantas and has since been retrofitted by Israel Aerospace Industries (IAI). The cost of the purchase and renovation of the plane is estimated to total NIS 600 million ($170m.).

“In the coming days, the aircraft will carry out its first test flight as part of the conclusion of the restoration procedure, according to the stringent requirements of the aviation world,” IAI said in a statement.

During a runway test on Thursday ahead of the test flight, emergency rescue teams were called after significant heat build-up in the plane’s brakes was identified. An IAI spokesperson, however, downplayed the incident.

“It was a routine event during a runway test after an aircraft has been on the ground for a long time, without using its brakes,” said the spokesperson. “This is part of the objective of the runway test.”

The state-owned aircraft, IAI said, contains sophisticated technological systems designed and assembled by the company to enable reliable service for decades to come.

It is also equipped with sophisticated and encrypted communication systems, enabling confidential conversations with contacts in Israel or with international leaders. The aircraft, IAI said, is capable of flying non-stop to China and Japan in the East or the United States and Brazil in the West.

According to IAI, the aircraft “meets all the complex security and safety requirements as dictated by the nature of its mission.”