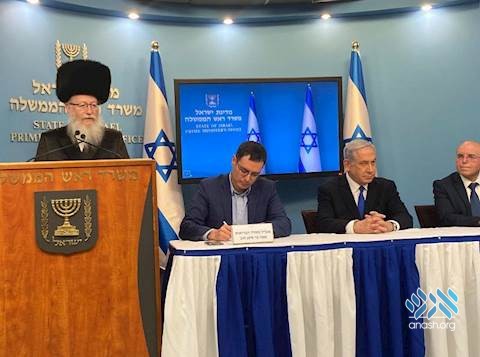 As part of sweeping new restrictions announced Wednesday, Israel announced a ban on public gatherings with more than 100 individuals, in a move sure to impact weddings and simchos.

Israel’s PM Bibi Netanyahu announced restrictions on public events in closed areas, with crowd sizes not to exceed 100 people, as part of increasingly strict measures to curb the spread of the new coronavirus in the country, YWN reported.

Mr. Siman-Tov announced that the ban will not affect schools, which will continue operating as usual. If the situation deteriorates, however, the start of the second semester of universities could be delayed, or distance learning instituted.

On Tuesday, Israel limited the gatherings to a maximum of 2,000 people, a substantial decrease from the previously allowed number of 5,000 people.
The new instructions means that studies in universities might be postponed

Netanyahu also said that younger people are not in danger from the virus, but older people are, and thus its spread must be prevented.

“If you get sick and you’re in your 20s or 30s,” he said, “you’ll get better. But if we can’t prevent the spread, we’ll infect the older people — and they’re in much greater danger… I’m talking about their lives…We have to look after dad and grandpa and grandma.

“With G-d’s help and everybody’s cooperation, we’ll beat this,” he said.