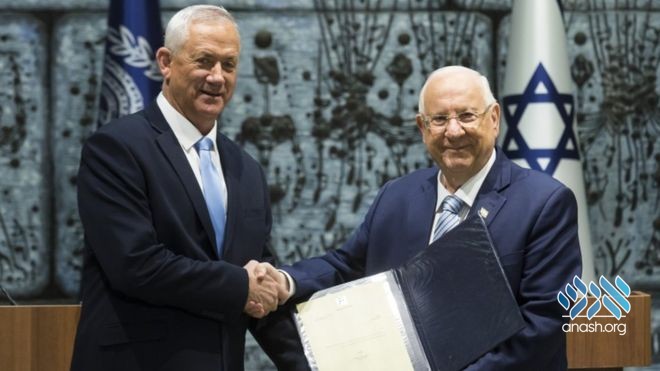 Following Kachol Lavan leader Benny Gantz’s inability to form a coalition, Knesset has 21 days to nominate a candidate; failure to get behind one nominee will result in a third election.

Just hours ahead of the midnight deadline, Kachol Lavan party leader Benny Gantz admitted defeat in his effort to build a coalition for Knesset.

He returned the mandate to form a coalition back to President Reuven Rivlin; this is the first time in Israel’s history that two candidates failed to form a coalition. Now, Knesset members have 21 days to nominate a candidate, which requires the signatures and backing of 61 fellow lawmakers.

Speaking to his Knesset faction on Wednesday, Yisrael Beiteinu leader Avigdor Lieberman said he had done everything to bring about a unity government. He blamed Prime Minister Benjamin Netanyahu and Benny Gantz for their failure to compromise.

Netanyahu said he would consider any partners in a unity government, and refuted claims made by Lieberman early in the afternoon that his party was held hostage by charedi parties. Shas chairman Arye Dery blamed the Yisrael Beiteinu leader for the failure to form a unity government.

“Lieberman skillfully did everything so that Netanyahu and Gantz would not come towards each other,” Dery said. “He is the only one who introduced Gantz to the idea of a minority government. Nobody else did it.”

A failure for any member of Knesset to receive the required number of signatures needed to form a coalition will result in a third election being held, an unprecedented occurrence in Israeli politics. Many are saying that this outcome is inevitable, with Lieberman even suggesting that the 21 day period be skipped altogether.