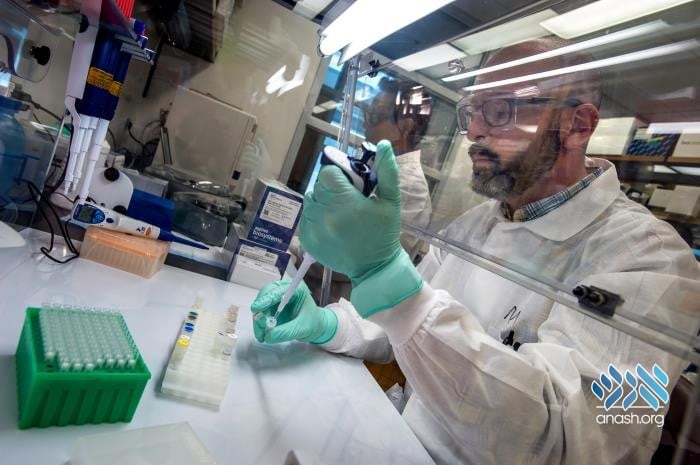 Israeli Defense Minister Naftali Bennett announced that the Israel Institute for Biological Research has developed a ‘passive vaccine’ that “attacks the virus and can neutralize it within the bodies of those ill.”

The Israel Institute for Biological Research (IIBR) has isolated a COVID-19 antibody (a passive vaccine), according to a statement by Defense Minister Naftali Bennett.

Bennet visited the IIBR lab in Nes Tziona on Monday and spoke to the research team about the “antibody that attacks the virus in a monoclonal way and can neutralize it within the bodies of those ill,” a statement from the Defense Ministry said.

The antibody’s development phase has been completed and IIBR is currently patenting it “and in the next stage, researchers will approach international companies to produce the antibody on a commercial scale.”

“I am proud of the institute staff for this terrific breakthrough,” said Bennett. “Their creativity and the Jewish mind brought about this amazing achievement.”

The antibody has not yet been named and it is unclear whether it has been tested with human trials.

Another Israeli research team, MigVax, affiliated with the MIGAL Galilee Research Institute, has also announced it is completing the first development phase of a coronavirus vaccine.

The team raised $12 million on OurCrowd last week to fund the continued development of the vaccine through the production stage.