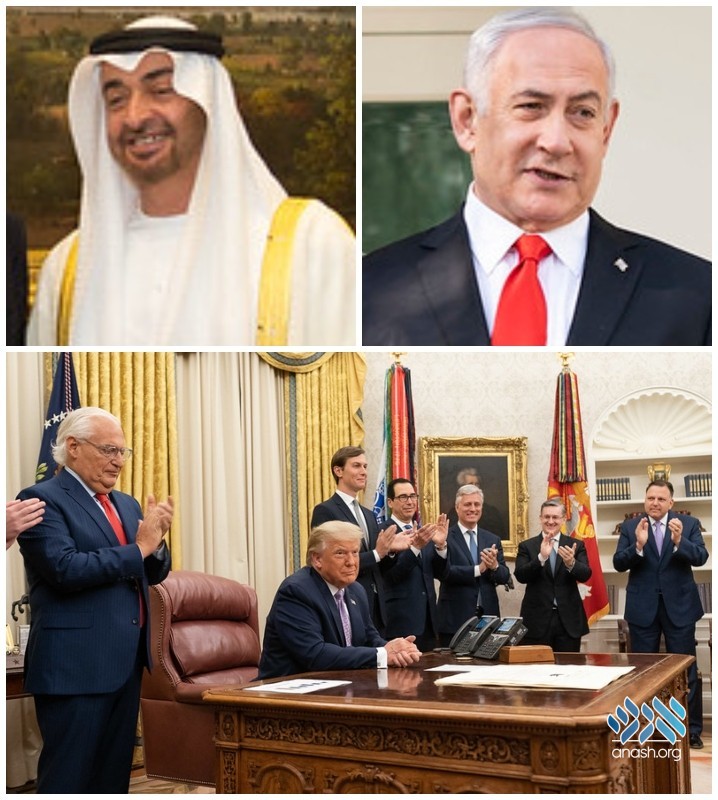 President Donald Trump announced this morning that his administration has brokered a historic peace agreement between Israel and the United Arab Emirates.

President Donald Trump announced this morning his administration has helped broker a historic peace agreement that will lead to full normalization of diplomatic relations between Israel and the United Arab Emirates.

But the peace will come at a great cost. In a joint call between US President Donald Trump, Israeli Prime Minister Benjamin Netanyahu, and Crown Prince of Abu Dhabi Mohamed bin Zayed, the parties agreed that Israel will suspend applying sovereignty to areas of the Judea and Samaria that it has been discussing annexing.

The two countries are expected to develop full normalization of diplomatic relations, including exchanging ambassadors and establishing embassies.

Until today, the United Arab Emirates did not recognize Israel as a state, and the two countries had no public diplomatic or economic relations. The UAE did not allow Israeli citizens or those suspected of being Israeli citizens entry into the UAE, including Israeli passport holders, except for transit.

In recent years, relations between the UAE and Israel have warmed considerably. Both countries have been engaging in extensive unofficial cooperation based on their joint opposition to Iran’s and its nuclear program and regional influence.

In January 2016, Israel’s Energy Minister visited the UAE at the site of the International Renewable Energy Agency headquarters in Abu Dhabi. In April 2019, Israel announced that it has been invited to take part in Dubai’s Expo 2020 innovation fair.