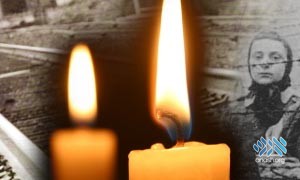 The Chief Rabbanite of Israel established Asara B’Teves as the ‘General Kaddish Day’ for Holocaust kedoshim whose yartzeits are unknown.  Did the Rebbe approve or oppose the establishment?

On the 27 of Kislev 5711, the Chief Rabbinate of Israel decided to mark the 10th day of Tevet every year as “General Kaddish Day.” The reason for the establishment was that many of the kedoshim killed during the Holocaust don’t have a known yartzeit. The “General Kaddish Day” was meant to give their relatives a day to memorialize the kedoshim by saying kaddish, light a yartzeit licht, learn Mishnayos and other customs practiced on a yartzeit.

Although the Rebbe never directly addressed the Rabbanite’s decision, five years later, on Purim 5716, the Rebbe said a sicha explaining why although the Jewish nation has undergone unspeakable tragedies in the last centuries, no fast days or special prayers were established for these later tragedies. This seemingly would stand against establishing a “General Kaddish Day” even for a tragedy like the Holocaust.

Additionally, the Rebbe himself lost a brother, Dovber hy”d in the Holocaust and the day of his murder was unknown. The Rebbe did not say kaddish for him on Asara B’Teves, instead marking his passing on Chof Daled Tishrei, the day the Rebbe’s grandmother, Rebbetzin Rochel Yanovski hy”d was murdered.