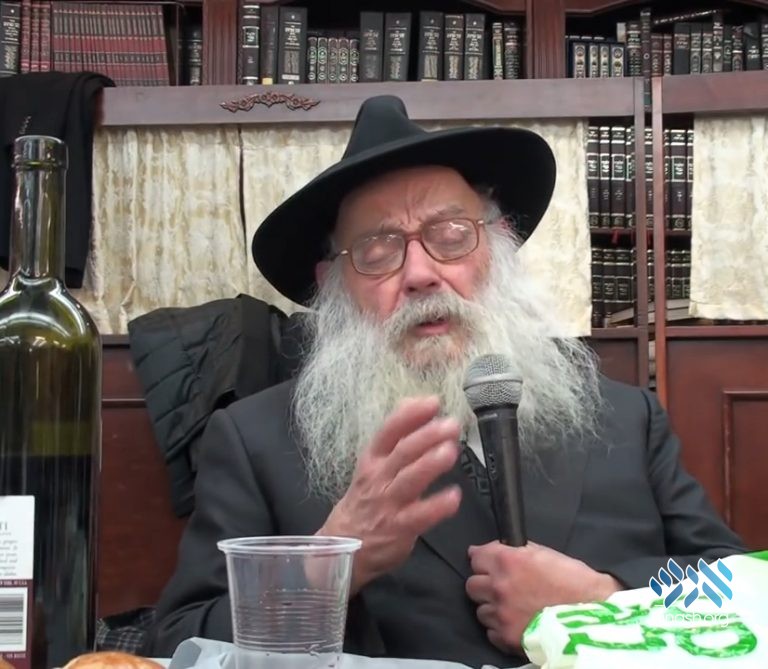 Stories Rabbi Groner Told: When he finished his ranting and raving, his wife said said, “If the Rebbe said to go to Vilna, then you’ve got to go!”

I heard the following story from the son of the father who was somewhat involved.

There once lived a middle-aged couple in a city in Europe. The husband was a chossid (not Lubavitch), and his wife was a chossidah of the Frierdiker Rebbe. One time, the husband was summoned to trial in S. Petersburg by the Russian government because of an illegal infraction of the law. The local court told him that this was a serious matter, and they didn’t feel they could help him in any way.

His wife suggested that he go to the Frierdiker Rebbe in Otvotzk for a bracha. The chossid replied, “If I’d have a question in Gemara or Chassidus, I’d travel to him. But what does he know about Russian law?”

His wife answered, “If he’s a Rebbe, he needs to know these things, and he knows everything! So, you need to go to him.”

After much give and take, he finally consented to making the trip. When he came to the Frierdiker Rebbe, the Rebbe told him to go to a particular dentist in Vilna, and he should have much success. When he returned home, the chossid was irate. “The Rebbe was mocking me! Do I have a toothache? Do I need a dentist?”

His wife listened quietly and patiently. When he finished his ranting and raving, she said, “If the Rebbe said to go to Vilna, then you’ve got to go!”

He listened to his wife and traveled to Vilna. When he got there, he made an appointment with the dentist. After being admitted, the dentist asked, “So tell me, which tooth is bothering you?”

The chossid replied, “To tell you the truth, none. But I was sent here by the Lubavitcher Rebbe because I’m in trouble with the Russian government.” And he told him what the charges against him were.

When he returned the next day, the dentist instructed him to wait in a side room until he’d call him. Meanwhile, the dentist treated a patient, and during the visit, (the chossid heard from the next room), the dentist described the chossid’s predicament to him. Fifteen minutes later, the dentist summoned the chossid, and said to him, “Let me introduce you to my patient, who happens to be a judge. Why don’t you describe your situation to him?”

So he did. The judge asked him, “What day is your court case?”

The chossid told him. The judge pulled out his calendar, and smiled. “You know what? I am the presiding judge on that day. Tell me, what do you have to say in your defense?”

The chossid responded, “To be honest with you, it all boils down to jealousy and hatred. These are false accusations that have been levied against me. I could prove it!” And he did.

The judge told him, “Okay. Come on time to court. I’ll ask what the charges against you are, and I’ll ask you what you have to say in your defense. Tell me exactly what you told me now. But listen up! We don’t know each other! We never met before, and we never had this conversation. Do you hear?”

The chossid returned home, and his wife asked him, “What happened with your toothache?” The chossid told his wife all that had transpired, and she said, “Nu? Does the Rebbe know what he’s talking about?”

The chossid replied, “It seems so!” Everything went as planned. After perusing the evidence for several hours, the judge said that the charges were entirely baseless, and pronounced a non-guilty verdict.

A woman called mazkirus saying that her husband had been sick for quite some time, and the doctors didn’t know how to cure him. They suggested that she go to the Lubavitcher Rebbe for help. When we gave the Rebbe her tzetel, the Rebbe wrote that she should begin bentching licht.

One day, she walked into mazkirus while we were on the telephone with the Rebbe, and the Rebbe overheard how we were trying to calm her down. The Rebbe asked, “What’s going on?”

We explained that the woman complained that it’s one thing if the Rebbe had prescribed a particular medication or referred her to a different doctor. But what connection is there between her husband’s disease and lighting Shabbos candles?

The Rebbe answered, “Relay the following message to her: Why did she turn to me? She knows I’m not a medical doctor! But my gut tells me that she believes that Hashem gave me the unique ability to give advice, guidance and blessings.

“Ask her, what difference does it make to her if she doesn’t understand the connection between her observance of the mitzva of bentching licht and her husband’s health. I repeat – if she begins lighting Shabbos candles, her husband will get better! And be sure to explain all this gently, and with sensitivity – don’t argue with her.”

So, we did that. A month later, the woman walked into our office again and told us that that Friday she began to bentch licht. Sunday, she went to the hospital and asked the doctors to apprise her of her husband’s situation, and they said that it was stable – it had not deteriorated, thank G-d. She again lit candles that Friday, and on Sunday, when she spoke to the doctors, they said that there was a slight improvement. The third time, they said that he’s no longer in critical condition, and he’s well on the road to a full recovery.