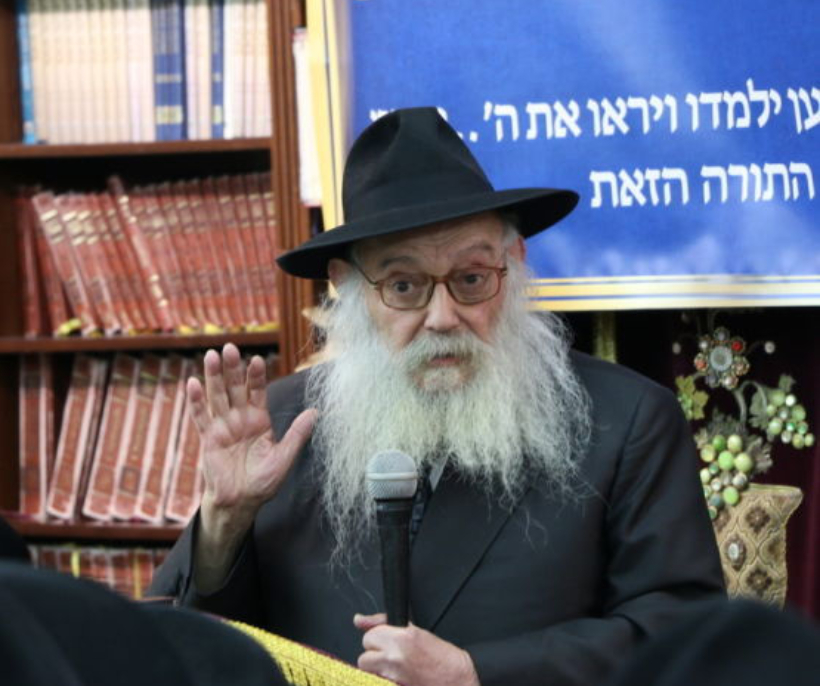 Stories Rabbi Groner Told: As she was fumbling through her purse, the policeman interrupted. “One second. Isn’t that a picture of the Lubavitcher Rebbe from 770 Eastern Parkway?”

There was a Lubavitcher woman who ran a red light. Just her luck, a policeman noticed, pulled her over and asked for her license. As she was fumbling through her purse, the policeman interrupted, “One second. Isn’t that a picture of the Lubavitcher Rebbe from 770 Eastern Parkway there in your wallet?”

“Are you connected to the Lubavitcher community?” the policeman asked further.

“In that case, I’ve got to share a story with you, which you’ve never heard,” the policeman said. “I am not Jewish. But whenever the Grand Rabbi goes to the grave of his father-in-law, he travels with a police escort. And whenever I am on duty, it is my job to escort the Rebbe. Understandably, over the course of time, I became friendly with the chassidim, and the bochurim in particular.

“One day, I came to 770, and as I was waiting for the Rebbe to come out, I noticed a group of chassidim talking animatedly. ‘What’s going on?’ I asked. One of them said, ‘I always knew the Rebbe was capable of performing miracles, but the miracle which just happened takes the cake!’

“‘Tell me’, I asked, ‘Does the Rebbe only do miracles for Jews?’ ‘Of course not!,’ he assured me. ‘The Rebbe does miracles for all people. Just take a look at the line of people on an average Sunday, when the Rebbe distributes dollars for tzedakah. Jews as well as non-Jews line up for the opportunity to receive the Rebbe’s blessings. And the Rebbe greets everyone warmly, and with a smile. Why do you ask?’ I mentioned that I have a personal family problem. The chossid offered, ‘Why don’t you approach the Rebbe when he arrives at the cemetery, as he steps out of the car to go to the Ohel?’

“At the cemetery, I approached the Rebbe, and asked, ‘Do you give blessings to non-Jews as well?’ ‘I try to help everyone,’ said the Rebbe. Then I continued, ‘My wife and I have been married for seven years, and we are still childless. We went to a whole slew of physicians and gynecologists, and their opinion is unanimous – they don’t believe my wife can conceive. But I heard that you could help!’

“The Rebbe asked, ‘What is your name and your father’s name, and your wife’s name and her father’s name? I am about to go to my father-in-law, and I’ll ask for a blessing for you.’ And what do you think? To the shock of all our doctors, a year later, my wife gave birth to a baby boy. And what name do you think we gave him? John? Fred? No!”

The policeman’s face became serious, “Our son’s name is Mendel! You should know, my parents and my wife’s parents don’t get it. I told them, ‘When this boy grows up, I will explain to him that he was born as a result of the prayer of a righteous Jew. And you, his grandparents – when you will call your grandchild “Mendel,” you will be reminded that there is a holy, righteous Jew who doesn’t care whether you are Jewish or not – he tries to help everyone, and you should be grateful to all Jews.’”

(I guess he waived the ticket.)