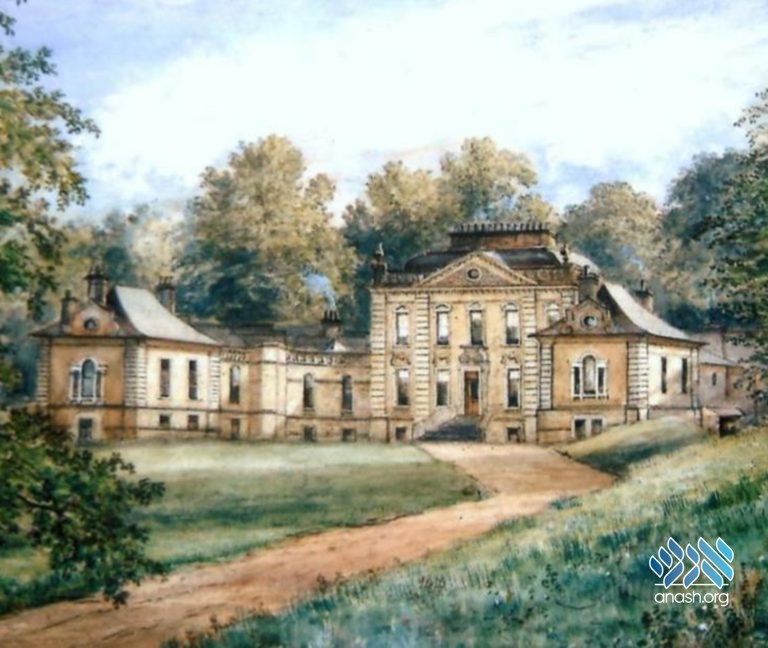 Melava Malka Story: No one understand Reb Zushe’s strange play on the holy words of Tehillim – except for his host.

One doesn’t have to look hard to find a story about the famed brothers, Reb Elimelech of Lizhensk and Reb Zusha of Anipoli. During their self-imposed exiles, the brothers crossed many borders, raising downtrodden souls and coaxing people to return to Hashem. Poland, Hungary, Lithuania, Galicia, Ukraine, and Romania were just some of the lands they traversed. Wherever the holy brothers stepped foot, chassidus would soon spread its wings.

Years later, Yidden continued to revere the places the brothers had visited. In Oshpetzin (notorious as the site of the Auschwitz concentration camp), for example, the townsfolk would make their way to a specific mikvah before Yom Kippur—despite the freezing spring water—because Reb Zusha had toiveled there.

Reb Zusha stopped at a small town one Friday afternoon, in search of a place to stay for Shabbos. At the shul, he came across the shamash who was busy with pre-Shabbos chores. “Why don’t you ask Reb Yaakov?” suggested the shamash kindly. “He’s very wealthy and usually hosts guests. I’m sure he’ll be happy to take you in.”

Following the his directions, Reb Zusha easily found the ornate house. Reb Yaakov himself opened the door and received Reb Zusha with a broad smile.

“Rest up and get yourself ready for the Shabbos Queen,” he said, showing his guest to a comfortable room. “You’re invited to dine with me but I have one simple request: for each meal, please prepare a small dvar Torah to share at the table. That is all.”

Reb Yaakov turned and quickly disappeared from view, swallowed by the massive house.

It was well known that this was the custom in Reb Yaakov’s household. Even the simplest of folk who struggled with the daily tefilos made the effort to learn something so they could satisfy the generous host’s request. No one came unprepared.

Friday night, under a sky of twinkling stars, a long stream of people spilled out of the shul, splintering into small clusters as they headed for their respective homes. Reb Yaakov’s entourage was easily the largest; a small crowd following him to his house.

Kiddush was followed by netilas yadayim and finally, the moment Reb Yaakov waited for the entire week. One by one, each guest shared a dvar Torah — a question or an opinion, a story or a snippet — and was met with a nod of approval from Reb Yaakov. The host radiated pride and contentment, as he sat at the head of the table, hands folded, basking in the glow of the custom he had introduced.

“Didn’t I ask you to learn something for the meal?” whispered Reb Yaakov, with no small measure of annoyance in his voice. “That is the custom in this house!”

“Please prepare something for tomorrow morning,” Reb Yaakov mumbled, regaining his equilibrium and moving on to the next guest.

The following morning when Reb Yaakov again invited his guests to speak, the same thing happened. He went from guest to guest, enjoying each dvar Torah, no matter how simple, until his gaze landed on Reb Zusha.

“Well,” declared Reb Yaakov, “You’ve had plenty of time to prepare something to say. Now’s your moment!”

Everyone leaned forward to catch a glimpse of the quiet guest.

“I’m not a scholar,” began Reb Zusha, “But this morning, after davening, I recited a few kapitlach Tehillim, and one line caught my eye: ‘For Hillel is wicked about his unbridled lusts.’ It surprised me as I thought Hillel Hazaken was a great tzaddik; how could he be considered wicked?”

Laughter rippled through the room. It seemed the guest was unaware that the word hillel means “boast,” and the verse had nothing to do with Hillel Hazaken who lived hundreds of years after the Tehillim was written. The posuk actually reads, “For the wicked man boasts about his unbridled lusts.”

Reb Yaakov suppressed a laugh and asked politely, “That is a serious question. What’s the answer?”

“I thought of explaining it like this,” continued Reb Zusha, addressing his host with the same piercing stare he had given him the night before. “If the yetzer hara attempts to trick someone into committing a particularly vile aveirah, of course the person ignores it. ‘I’m a talmid chacham and G‑d-fearing person. It is beneath me to do that!’ he says. So what does the yetzer hara do? It changes tactics and sends a false sense of humility and self-deprecation into the unsuspecting Jew’s heart. Eventually, the Jew falls victim to this deception and sins. If he is so lowly, he reasons with himself, then his sin has no real ramifications.

“This is what Dovid Hamelech meant,” Reb Zushe concluded. “Sometimes a wicked person wraps himself in a coat of Hillel—who was truly humble—to carry out his unbridled lusts.”

An uneasy silence settled on the guests as they looked at each other, unable to make sense of the stranger’s odd interpretation. Reb Yaakov, however, turned pale. Unbeknownst to anyone else at the table, he had just heard the story of his own secret descent into immorality and depravity. Shaken, he realized that his guest was no ordinary stranger passing through town.

When Shabbos concluded, Reb Yaakov closeted himself in a room with Reb Zusha and begged the holy man for a tikun to rectify his “humble” sins. Reb Zushe, of course, helped him, before continuing on to the next town where, no doubt, more souls awaited his gentle touch.