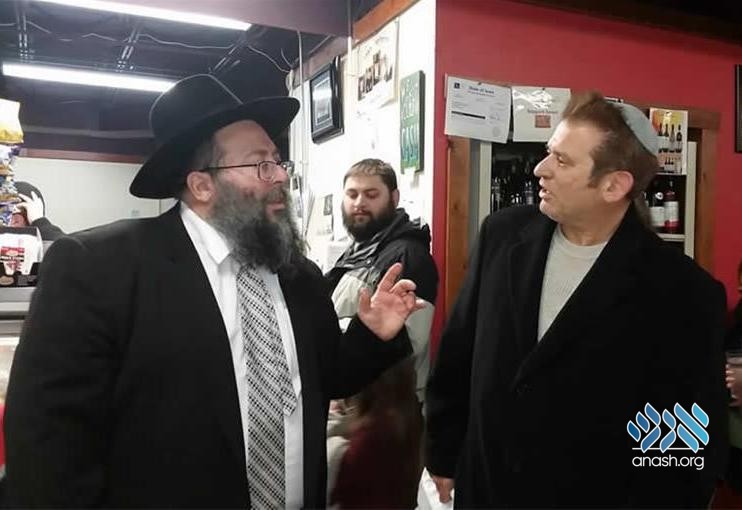 Jewish presidential campaign staffers for all the Democratic contenders will put aside their differences and come together this Friday night at the ‘Caucus for Shabbat.’

Amid the frantic final days of campaigning before the all-important Iowa caucuses for the Democratic presidential nomination, hundreds of campaign staffers and journalists covering the race will pause Friday night for Shabbat and spend a few hours of unity at the “Caucus for Shabbat” dinner, co-sponsored by Chabad-Lubavitch of Iowa and the American Jewish Congress.

“We strive to bring out the good in everyone,” Rabbi Yossi Jacobson, who with his wife, Chanie, co-directs Chabad-Lubavitch of Iowa, tells Chabad.org. “At a time when there is such divisiveness, to bring out the good; to allow everyone to unite with the holiness of Shabbat—that’s what drives us.”

Several hundred Jewish staffers, volunteers and journalists are expected to enjoy the lavish, three-course buffet dinner, which will begin early Friday evening and likely run until midnight. They might be fierce competitors outside, but inside the Jacobsons’ Chabad House, they will find fellowship over challah, gefilte fish, matzah-ball soup, brisket, spirited singing and Torah teachings.

Since 1992, when Rabbi Yossi and Chanie Jacobson first established Chabad-Lubavitch of Iowa in Des Moines, they have become an oasis of Judaism for the political activists who descend on Iowa every four years, like clockwork, in advance of Iowa’s caucuses, which are the first of the presidential primaries.

The deli is also serves as a Jewish bookstore, featuring a long table stacked with Jewish titles, with a mural of Jerusalem’s Old City in the background.

Oasis of Judaism on the Campaign Trail

The keystone for the community is Maccabees Kosher Deli, which has long served as a focal Jewish spot for visitors, too, providing a kosher campaign stop for every candidate and party. It’s Iowa’s only full-service kosher deli and grocery.

“We have groups coming each day from every campaign,” said Jacobson. “They come because we’re a known deli in the center of the town, and it’s not just kosher and quality, it’s an experience—a Jewish experience.”

Just last Friday, as Jacobson was preparing to close up shop ahead of Shabbat, he received an urgent request from a member of Bernie Sanders’s campaign for 40 kosher sandwiches, as a busload of Jewish volunteers was on its way, and they had requested kosher food. “It was a rush,” said Jacobson, “but they were able to pick up those sandwiches before Shabbat.”

And in election cycles when there is no incumbent president, the deli provides Jewish resources for both parties. Jacobson recalls an order that was picked up by then-candidate Donald Trump’s limo in 2016. While the staffers wouldn’t say whom the order was for, Jacobson quips “it certainly wasn’t for me or you.”

In an increasingly polarized political atmosphere, the Jacobsons have found a way to see past politics. “I welcome each visitor as a human being,” says Jacobson. “We transcend the tribality because at the end of the day, we’re making a connection with each individual.”

As the 2020 race geared up, Jacobson recognized a need for more than just helping people celebrate Shabbat in their own accommodations, particularly during the weekend before the caucuses, when the ranks of campaigners and journalists in the state swell, and rhetoric can be at a fever pitch. Jacobson met with Jack Rosen of the American Jewish Congress some months ago and proposed this joint venture, which Rosen eagerly joined.

The result: a welcome change of pace for hundreds of people as they enjoy Jewish thoughts, friendly conversation and a hot three-course buffet Shabbat dinner available to anyone who RSVPs, regardless of the candidate or political affiliation.

“As the state prepares to caucus for the presidential candidate, we’re caucusing for Shabbat,” said Jacobson. “We are the caucus to bring out the force that unites us all: our spark, our soul.”

The rabbi gets his own fair share of media attention as he hosts Jewish campaign workers of every political persuasion and party. Here, he’s interviewed by Fox News.