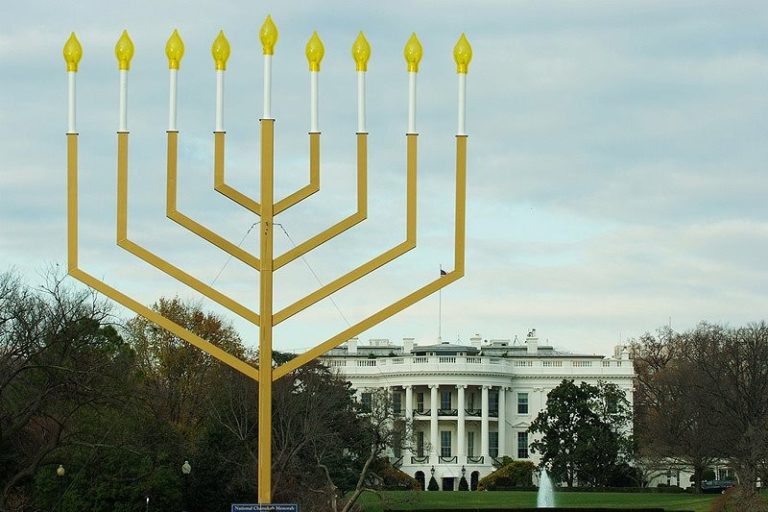 U.S. Interior Secretary David Bernhardt will help light the National Menorah on the Ellipse near the White House in Washington, D.C., at 4 p.m. on Sunday—the first night of Hanukkah.

President Jimmy Carter was first to light the National Menorah in 1979, and since then the lighting is done by a senior member of the current administration.

The lighting of this menorah is attended by thousands every year and seen via TV newscasts, internet feeds and other media by tens of millions across the nation and around the world, many of them hundreds of miles from any Jewish community.

This menorah has already become a premier national and even international symbol of Chanukah, inspiring many communities across the globe to sponsor more and greater public menorah lighting ceremonies of their own. After all, this is the essence of the celebration – to increasingly proclaim and celebrate the miracle of Chanukah – The Festival of Lights, in the most public manner possible.