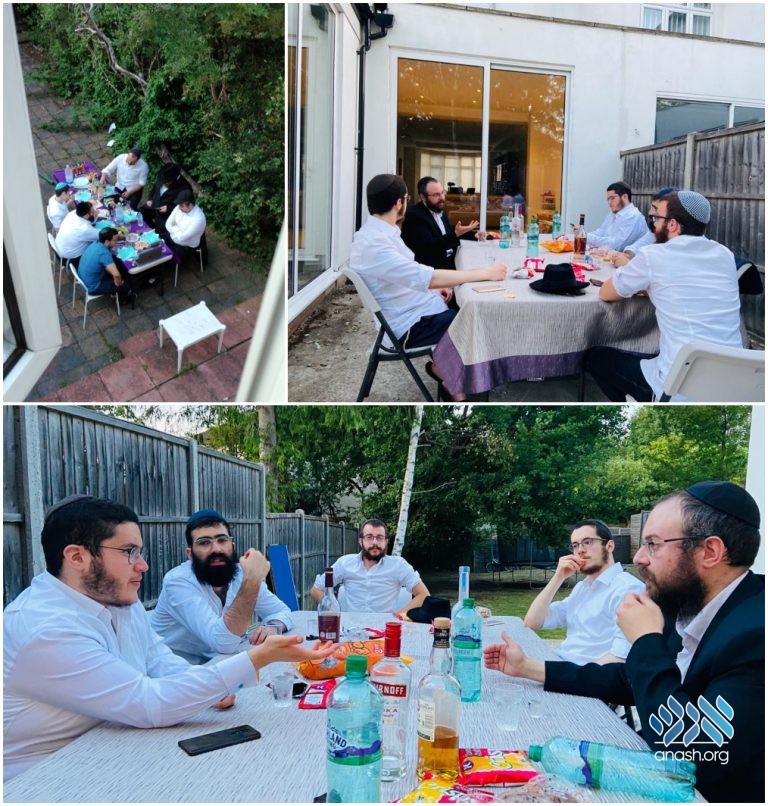 Unable to hold a central Gimmel Tammuz farbrenegen due to strict health regulations, Lubavitchers in London held farbrengens in 11 backyards, each with 6 people as permitted by the law.

As the entire global population fought the coronavirus during the past months, the Jewish community of England was one of the hardest-hit communities around the world. The entire country was suffered many losses, and the strict lockdown put in place is only slowly being lifted.

As Gimmel Tammuz approached, Lubavitchers in London were faced with a challenge. Shuls were still closed, and even outdoor gatherings were limited to six individuals. The annual Gimmel Tammuz farbrengen, attended by hundreds, would not be happening this year.

Eleven backyard were chosen to host the farbrengens, and each was assigned a mashpia to farbreng with the small crowd. The program began with a half-hour central Zoom farbrengen with Rabbi Shaul Wilhelm, shliach to Norway, and then continued in each location with their mashpia.

“The farbrengens continued for hours, with some going until 3:00 AM,” organizers told Anash.org. “People were just so happy to be able to farbreng once again.”