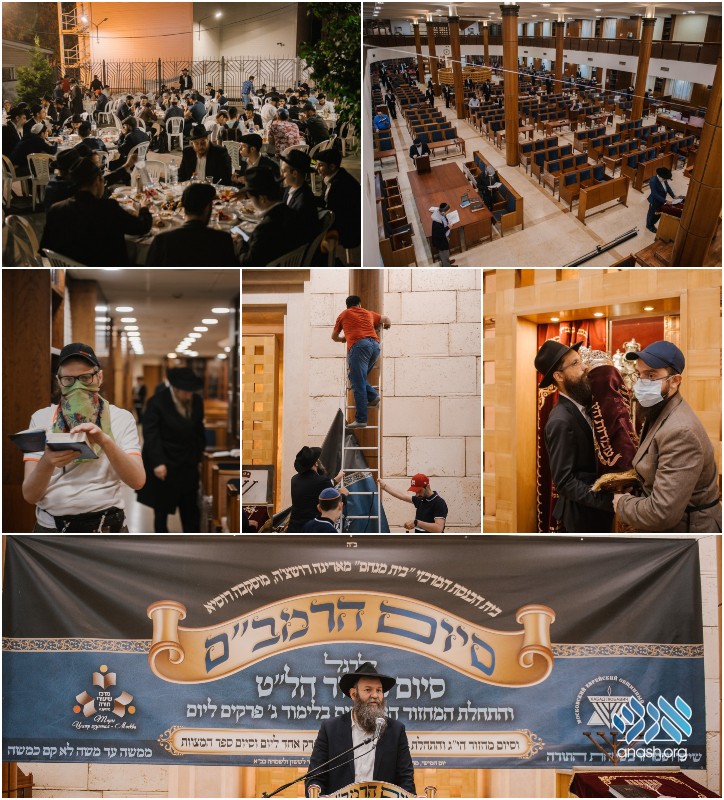 The end of the 17th of Tammuz was marked in Moscow with a grand break-fast and Siyum Harambam outdoors, and a ceremony held indoors, both led by Chief Rabbi Berel Lazar.

A double celebration marked the Siyum Harambam in Moscow on Thursday, the 17th of Tammuz.

The celebration began with an indoor ceremony following davening on the fast day. Emceeing the event was director of the Jewish community Rabbi Mordechai Weisberg.

The actual siyum was made by R’ Moshe Dukarovitch, administrative director of the Marina Roscha Jewish Center. R’ Moshe recently began studying Rambam thanks to the Russian translation published by the ‘L’chaim’ publishing house.

The siyum on perek echod was made by local kollel member R’ Reuven Perlow, and the siyum on Sefer Hamitzvos was made by a camper from Gan Yisroel of Moscow. Dayan Yisroel Birenbaum began the new cycle.

Chief Rabbi Berel Lazar then addressed the crowd, speaking about the connection between the siyum and the day it fell on, the 17th of Tammuz.

After ma’ariv, the crowd then continued outside for a break-fast and a farbrengen, continuing the celebrations from inside.