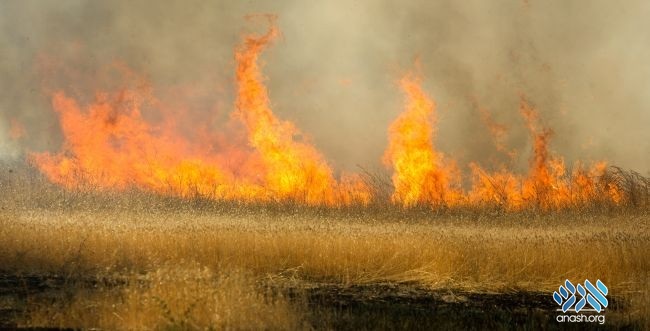 Fires were started in five locations around the Gaza Strip as rioters threw Molotov Cocktails and launched incendiary balloons over the security fence Wednesday.

The fire ignited the wheat fields of Kibbutz Alumim. In the fire, 300 dunams of grain rose in flames, and it joins dozens of small and medium fires that covered dozens of dunams of crops.

Firefighters and rescue teams brought the fires under control.

Last year, the terrorists employed the same tactics of using incendiary balloons, causing damages in the hundreds of millions of dollars.

Earlier Wednesday, thousands of Arabs rioted at a number of locations across the border fence in the Gaza Strip. The rioters burned tires and threw stones at IDF forces during the so-called Nakba Day demonstrations.