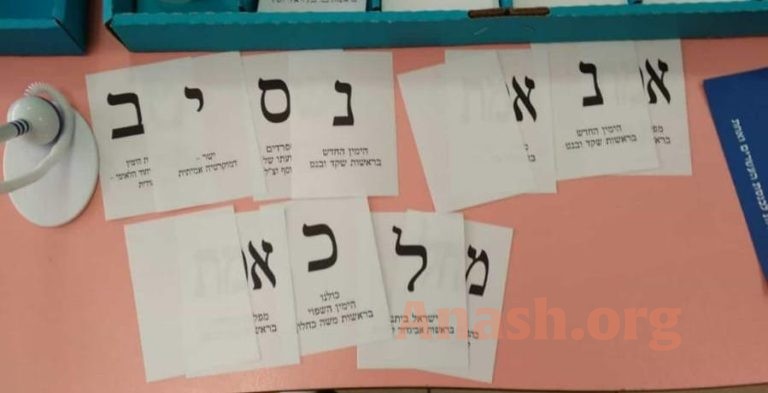 In the Israeli voting system parties are identified by letters, for instance, UTJ is gimmel, Shin Samech (Shas) is for Sfardim Shomrei Torah, and so on. In the of aleph Nissan the Rebbe brings the about the (clever person) who was not swayed by ministers and other officials; he just wanted the king himself.

One voter today decided to make a statement. Yes, we’re required by the Rebbe’s directive to vote and have our voices be heard. But that’s not the end-all. We only do it . By using a combination of voting tickets he combined to make his statement. That in reality, he doesn’t want any ministers or helpers, he just wants the king. He wants Moshiach.