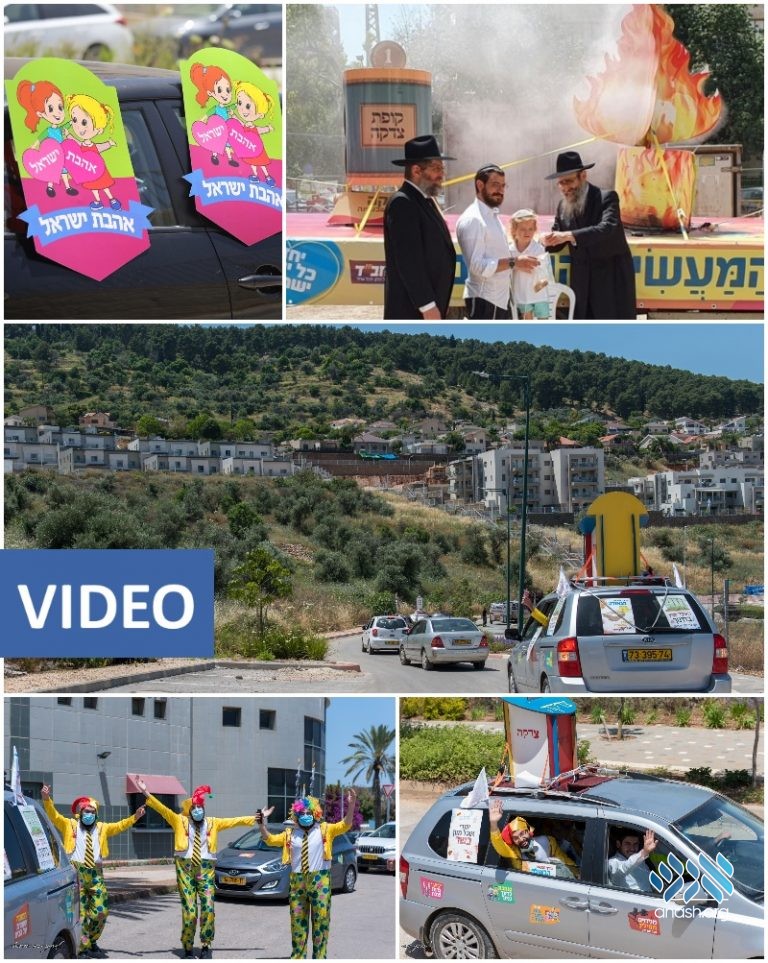 Despite the challenges – or perhaps because of them – Shluchim in Eretz Yisroel report over 4 times as many people joined Lag Baomer events this year.

As Lag Baomer approached and corona restrictions were still in place, shluchim around the world grew concerned over how they would celebrate this special day with their communities. They were forced to come up with alternative solutions, and as it turns out, many more people participated as a result.

In Eretz Yisroel, nearly 100 trucks equipped with displays circulated in various cities and villages. Each truck was joined by cars carrying signs, bringing the light of Rashbi to hundreds of thousands.

“The bitter became sweet,” said Tzach director Rabbi Yosef Yitzchok Aharonov, “despite the many challenges, the parades this year have reached a much greater number of people than ever before!”