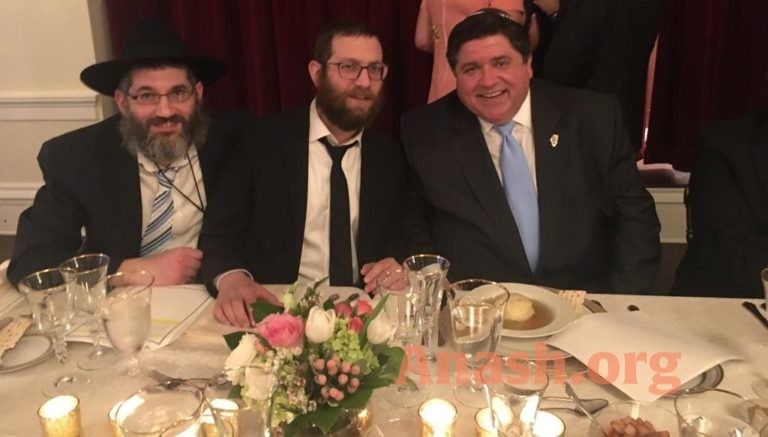 Illinois Shluchim were on hand last night at Gov. J.B. Pritzker’s pre-Seder Seder in Springfield, Ilinois. The annual seder with the Illinois governor is a going back since before anyone can remember.

Gov. J.B. Pritzker and first lady of Illinois M.K. Pritzker hosted their first Passover Seder at the governor’s mansion last night. Around a hundred people attended including jewish lawmakers, gubernatorial employees, rabbis from around the state and plenty of friends. The food was all kosher and catered by Zelda’s in Skokie. The matzah ball soup was described as “delicious” by one guest and “fluffy” by another.