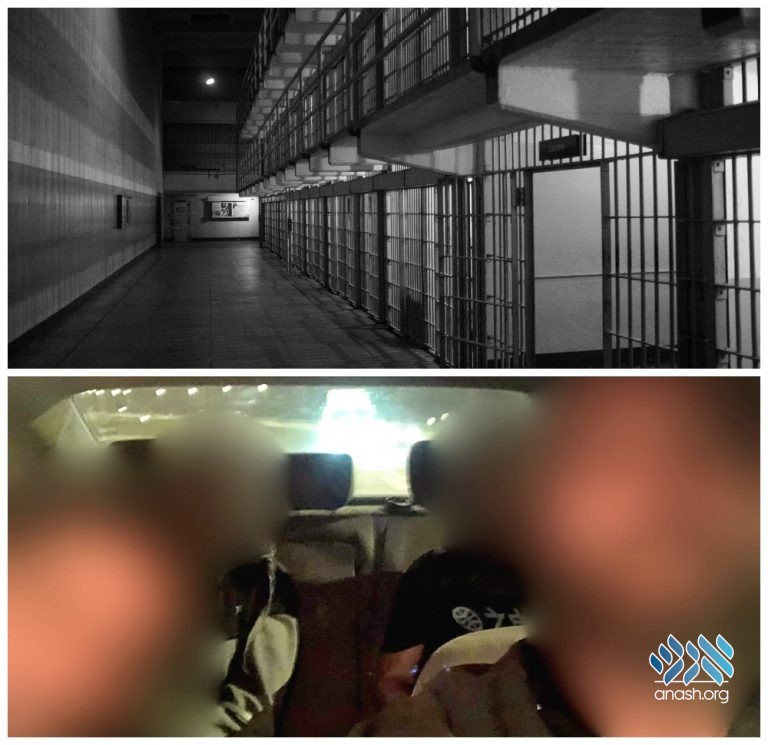 When Yasmin, the Jewish wife of an Arab criminal, managed to escape from her husband, she was still trapped until the day the law caught up with him.

The story of Yasmin (a pseudonym) was difficult from the very start. She was born in Jaffa to her Jewish mother and Arab father at the start of the first intifada, which became the source of continued fights between the two until they divorced three years later.

Her father forced her mother to give up custody and limited her exposure to Yasmin to one visit a month. A few years later, he married a Muslim woman and Yasmin was sent to an Arab school, learned Islam and conducted her life as a Muslim in every sense of the word.

Her connection to her Jewish mother grew gradually weaker, dropping to periodic phone calls, always at the mother’s request, and then finally stopping altogether.

Yasmin’s life took a turn for the worse two years ago when her father decided to marry her off to a criminal he’d sat in jail with. The youth, from Umm el Fahm, had a long criminal record and had teamed up with her father in a range of illegal activities.

Yasmin’s marriage was difficult from the first moment. When she discussed the problems with her father, he made it clear that she was to obey his instructions and those of her new husband, otherwise physical harm would come to her in the context of “family honor.” At first, Yasmin swallowed the bitter pill, but soon realized that she couldn’t hold out for long and needed to put an end to the disastrous marriage.

Yasmin tried to renew contact with her Jewish mother, but by this time she was afraid to get involved, leaving Yasmin feel utterly alone in the world. It was at this low point in her life that she came across the web site of Yad L’Achim and understood that the organization was her only chance for escape. She called its emergency hotline, told the short version of her story and left her number.

The details were passed on to one of the organization’s social workers who, behind the back of the husband and in difficult conditions, established a connection with Yasmin.

One week later, when the plans for a rescue were advancing, something happened that put Yasmin’s life in jeopardy.

As a prelude to her getaway, she went to her husband’s safe and retrieved her identity card, driver’s license and a check in the amount of several thousand shekels that had been given to her for wedding and could still be cashed.

When her husband discovered what she’d done, he took to her to the dunes of Bat Yam and fired two shots in the air, warning, “If you run away, the next bullet will be in your head.” He then took her cell phone and smashed it, adding, “You will no longer be able to contact the outside world.”

Late that night, when her husband left home to engage in criminal activity, certain that his Jewish wife wouldn’t dare run away, Yasmin gathered up her few belongings and left. She asked a Jewish passerby for permission to use his phone, and called her contact woman at Yad L’Achim, pleading that she send the organization’s security team to come pick her up.

Members of the team, who were roused from their sleep, got to Yasmin within 50 minutes and spirited her off to a secret safe house in the south of the country.

Yasmin remained confined to the safe house for half a year, with the exception of a few limited excursions in the company of Yad L’Achim security agents. To help her open a new page in her life, the organization’s social workers taught her to read and write Hebrew and the fundamentals of Judaism.

Five weeks ago, there was a breakthrough: Yasmin’s husband was arrested while in possession of many kilos of dangerous substance and has been jailed for violating his probation conditions. He is expected to receive a lengthy sentence. Her father was also arrested.

Only now, with the threat on her life removed, Yasmin is allowing herself to leave the safe house and experience the outside world freely.

“The extended stay in the safe house wasn’t easy for me, but I felt I was getting my life back,” she says. “For the first time I was getting to know my religion, Judaism, and fulfilling mitzvos. I want to create a kosher home. Now that my father and former husband are under lock and key, I am free to make significant progress in my new life, without fear and trepidation.”