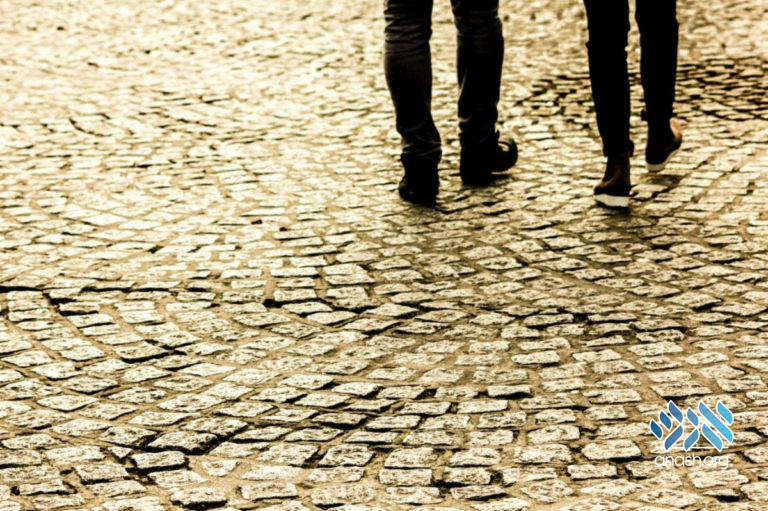 He walked 10 miles to enhance the yom tov joy of a community. But he learned that tahalucha doesn’t mean talking to a large crowd.

Two years ago, I went on Pesach Tahalucha to a shul in Flatbush. I was told to be well-prepared; this was a prominent crowd. I did my best and baruch Hashem the crowd was pleased. As we turned to leave a young man asked if we wouldn’t mind coming to visit his ailing brother before we headed back to Crown Heights.

We entered a small apartment and met a young man lying on the couch, weak and frail from the illness that was wracking his body. He greeted us with a warm smile and a weak handshake. We then met his wife and 13 year-old son, both were clearly trying their hardest to bring simchas yom tov to their beloved. We exchanged words of Torah and encouragement, gave brachos and even managed a brief dance. They were filled with joy and we were overcome with emotion by their unshakeable emunah and inner strength.

Who knows? Perhaps it was for this prominent crowd that we walked 10 miles that Pesach.

Each year, as per the Rebbe’s directives, chassidim across the globe march like soldiers on the last days of Pesach and bring the joy of yom tov to thousands of shuls. What will be this year when we are restricted to our homes and our precious shuls have been forced to close their doors?

A unique time calls for a unique tahalucha. And we can rise to the occasion.

Stage-fright? No stamina for miles of walking? The Rebbe is relying on his special reserves this year. Let your fingers do the walking. We can all be the speaker!

Before yom tov let’s think of someone who would appreciate a virtual tahalucha. Pick up the phone, send a WhatsApp message or Facetime an old friend. We can exchange a vort in Torah, Chassidus and give each other much-needed chizuk.

Reb Simcha Bunim of P’shischa was once crossing a bridge with his chassidim when they noticed a man drowning. The Rebbe leaned over the bridge and called out, “send my regards to the livyasan!” The Rebbe later explained that this man had no strength to save himself. “My joke lifted his spirits and enabled him to grab onto the plank and save his life.”

Share the Chassidus you know. Bring joy in any way you can.

A shliach once wrote to the Rebbe. He was feeling sorely dejected. After working for weeks on an event, only one person showed up. He received an answer from the Rebbe’s office: Usually, from an event of hundreds of people, a handful might listen to the speech, from there, possibly a few will be inspired. But only one will make real change in his life.

Hashem sent you that one individual.

Let’s take a lesson from Reb Simcha Bunim. Even a joke can save a life.

May we all merit to go on the greatest tahalucha of all: a march up to the third Beis HaMikdash.